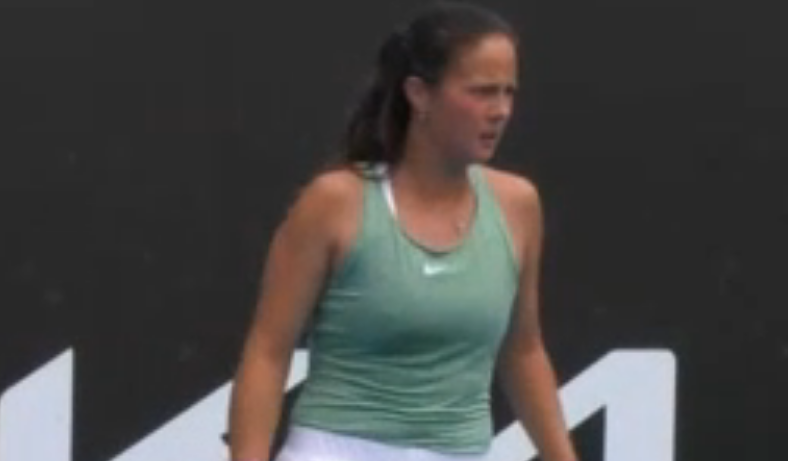 Representatives of Belarus and Russia met in the second round of the Australian Open. Sobolenko is on the 7th line of the WTA World Ranking. Daria Kasatkina is on the 75th line. Bookmakers gave an unconditional advantage to Arina. The odds for her victory were 1.22. At the same time, the coefficient on P2 was 4.73. We take into account the fact that the rivals met 2 times. In their personal confrontation there is a draw: 1 - 1. How was the meeting?

In the first set, the first serve went to a tennis player from Belarus. Arina took the lead. But Kasatkina was able to make the score “exactly”. After the second 40 - 40, Sobolenko was able to win two rallies and took the lead in games: 1 - 0. In the second game, Kasatkina wins her serve. In the Third set, Daria realized a break point. She breaks ahead with a score of 1 - 2. The next game Daria wins with "0". Thus, she breaks away from her rival in the first set: 1 - 3. Arina Sobolenko relatively confidently wins the 4th game, giving Daria only 1 point. The score becomes 2 - 3. In the next game Kaatkin responds in kind. Moreover, with an identical result. The score becomes 2 - 4.

In the 7th game, with a score of 30 - 30, Arina realized an ace. This was the third. After that, the point and the game are won. The score becomes 3 - 4. The next game was a failure for Kosatkina. Arina was able to convert a break point and equalize the score in the set: 4 - 4. In the 9th game Dasha had a chance to convert a break point, but she did not use it, allowing Arina to make the score “even”. After that, Sobolenko wins 2 points in a row. She comes out ahead in the set: 5 - 4. Daria wins the 10th game under "0", comparing the score in the set. In the 11th game Sobolenko makes a double mistake, thereby allowing Daria to reach the score 0 - 40. This time the break point was realized the first time. The game is won at "0". Daria steps forward and prepares to serve the set. Unfortunately Daria could not keep her serve. Arina realized a break-point and switched the game to a tie-break.

The start turned out to be equal. Arina takes a point after her serve. Daria then wins 2 points on her 2 serves. Score: 1 - 2. In the 4th drawing 23 hits were counted. In the fight, Arina wins 2 points on her serves. Thus, it comes out ahead: 3 - 2. Daria served in the 6th and 7th draws. She lost her serve. Arina breaks away: 5 - 2. But Daria did not give up. She takes the next 2 points on Arina's serves and narrows the lead: 5 - 4. After that, Daria wins 1 point on her serves and loses the second. The score becomes 6 - 5. Arina's first serve on the set was successful. She wins the tie-break 7-5. Winning the set 7-6.

Thus, with a far from expressive game, Arina Sobolenko confirms the status of the favorite. She goes to the 3rd round of the Australian Open 2021. Bookmakers were right, giving the advantage to Arina.

Buying and selling STEEM at a favorable rate