Transition to a wealth building lifestyle

Living from pay check to pay check is not a cool idea and a lot of people complain bitterly about living such a lifestyle but getting out of it has remained a problem, the bigger problem is even when you want to build wealth after leaving the level of living from pay check to pay check for a long time. Truth is, it is never going to be easy to change from being a lavish spender to someone who is concerned about building a long term wealth, this process is so serious that some people go for therapy to make this change happen.

Moving from a lifestyle of a lavish spender to following a path of wealth building has a lot to do with the mind, work must be done on the mind for there to be a change in an individual’s spending habit. A person who did not grow up with being around much money has a high tendency of spending excessively when he gets the privilege of having money, it all boils down to the environment we grew up in and the type of mind set we have built over time. 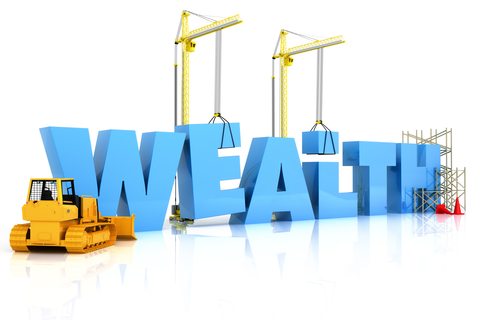 Build a proper personal definition of wealth, people squander money because they consistently try to live the standard of life placed down by other people, build a personal standard for wealth, it isn’t about what your neighbours define as the state of being wealthy it is about what you personally describe as the point of being wealthy and that is what you should work and plan towards.

Get your mind set from consuming to owning, an average person who makes money gets very concerned about just getting his needs (spending), but it takes a mind who is dedicated to making wealth to move from the habit of spending to owning. When you begin to think of owning is when you begin to work towards developing your status of wealth rather than just spending on the things that others would praise you for.

This does not mean you should limit yourself to living a good life after you have spent your entire day working really hard, but it is wiser to think about getting more value for your money by turning it into an extra cash inflow rather than spending it on some luxury. Investment can be really scary and I perfectly see reasons with why you may not want to make any investment, but you do not need to start on a large scale, you can decide to begin investment with the little that you have, just see it as that money you can spend on fun.

Stop taking life insurance for granted, we live in a world where different strange things happen every day and you do not want to just leave your family stranded after you have gathered a considerable amount of fortune, always remember to get life insurance all the time.