This is what the Sino-Russian base on the moon will look like. It will be built in a few years

China has been implementing its grand space exploration program for several years.

Currently, most missions are sent to the moon with the intention of colonizing it and starting mining there.

At the same time, the first major space station is being built in Earth orbit. All vehicles used for space exploration are modified technology designed and built by Russia during the Cold War years.

Therefore, it is not surprising that both countries want to join forces to conquer the moon and create competition for the US and European countries. The plan is that the Russians will provide the appropriate technologies, and the Chinese will produce them and then deliver them to the surface of the moon.

It will be good for both countries, because the Russian space industry is a bit lame after the end of the contract with NASA to send astronauts to the space home, and the Chinese are still with their technologies at least 10 years behind the US.

see what the lunar base of China and Russia could look like.

It is to be called the International Lunar Research Station, consisting of three modules and a solar farm.

The modules are somewhat similar to those from the space station, but have a slightly different role, because astronauts will not go on spacewalks, but on a very dusty surface. To start with, the base is to be inhabited by robots, but at the end of this decade the first astronauts will appear there 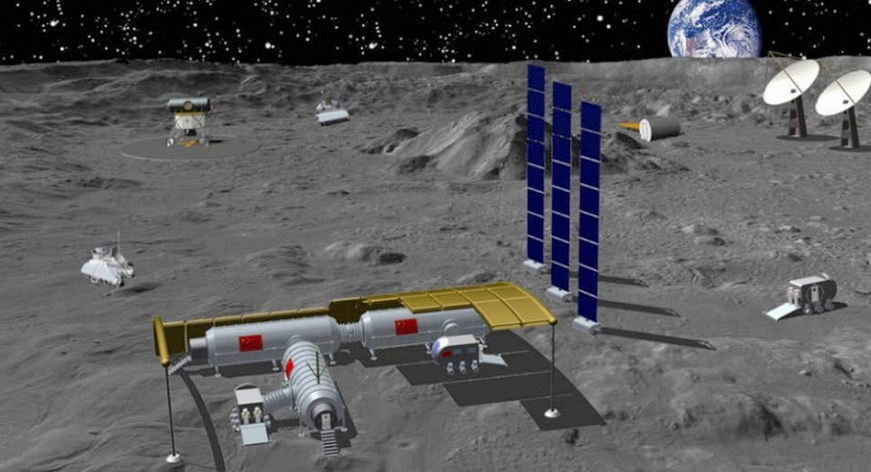 They will explore the surface with various types of vehicles.

It is almost certain that China and Russia want to first see how the Americans will do there, and then they will start imitating them so as not to make mistakes, as our neighbor did in the 1960s. The base is to be established in the 1920s.

Before this happens, the Russians will send several Luna missions to the Silver Globe, and the Chinese Chang'e, thanks to which they will be able to see what part of the facility is suitable for space mining, contains valuable resources and is ideal for building the first base.