The "doomsday" asteroid prepares to approach Earth next month 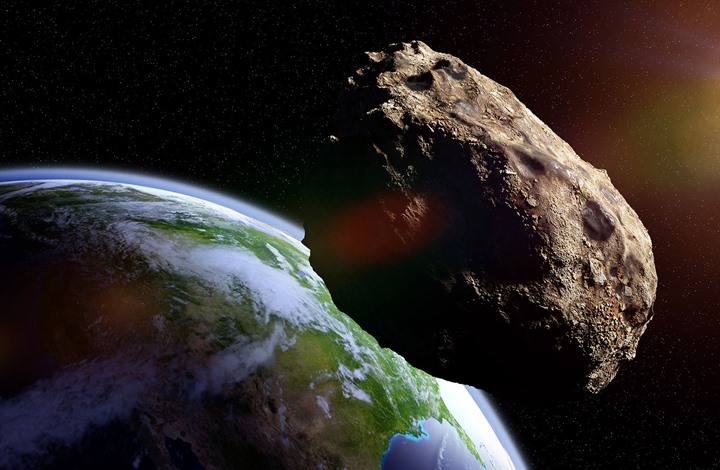 Astronomers believe that the asteroid "Apophis", is one of the most feared space rocks in the solar system, as it prepares for a close approach to Earth next month. Scientists were able to take a picture of the asteroid, officially known as Apophis 99942, as it prepares to fly over our planet soon, at its lowest distance from Earth. Astronomers captured the image of the asteroid this week. The width of the asteroid named after "Apophis" (the god of chaos in the ancient Egyptians) is 370 meters, and simulations of its future orbit reveal that it may one day collide with Earth, although the chances are almost non-existent. Apophis, who has also been dubbed a "doomsday asteroid", will fly close to Earth at a distance of 15 million kilometers next month, a distance that will not affect the orbital path of the asteroid but close enough to be seen by the average person using telescopes. This passage will not be close enough to be affected by Earth's gravity, but it will provide a rare glimpse of the asteroid. Astronomers captured the latest image in the virtual telescope project. "After eight years of our previous observations, we picked up again Apophis (99942), the potentially dangerous king of asteroids," they said. The scientists added that the image was taken by the Elena robotic telescope unit, using a single exposure to the sky for a period of 300 seconds. And they continued: "The telescope follows the apparent motion of the asteroid, and for this reason the stars appear as short paths, while the asteroid appears as a bright and sharp point of light in the center of the image, marked by an arrow." The giant space rock will pass near Earth again in 2029, but its flight near our planet in 2068 is what experts care most about.