Technology in the water 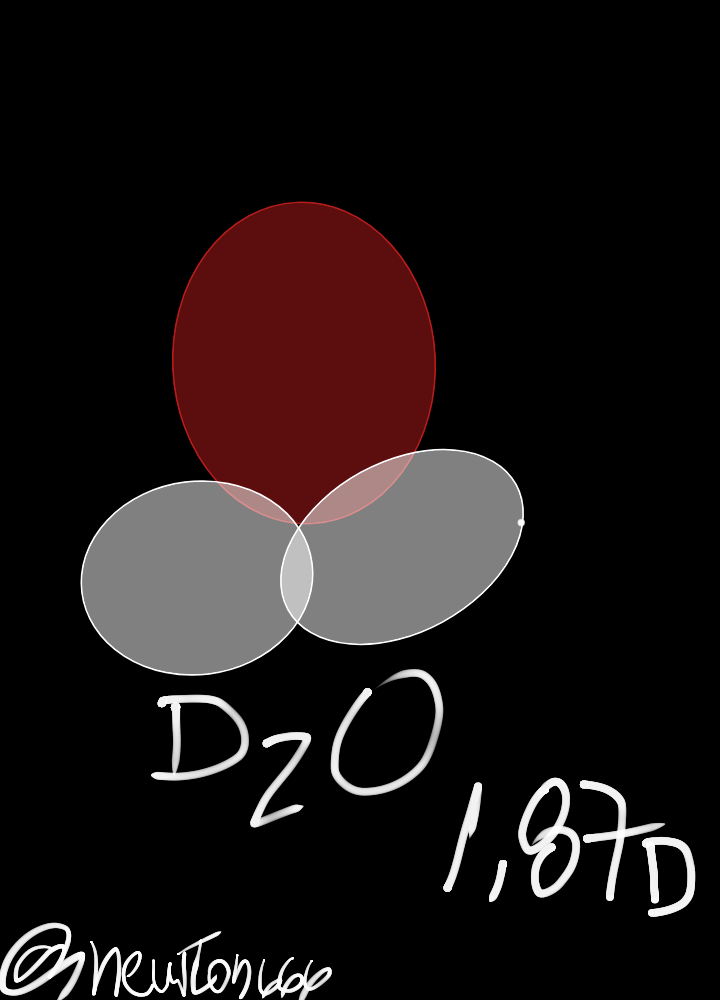 The uniqueness of technology is when it is combined with science, opening new horizons of innovation and knowledge, water is a source of energy such as hydropower, vital liquid for living beings, I decided to give continuity to the case of heavy water is not a mystery really exists. It has its use at the level of science and in power plant.

We know that the composition of the common water is H20, two molecules of hydrogen and one molecule of oxygen, which differs from heavy water well reader friend is composed of deuterium oxide, which is a molecule of chemical composition of two atoms of the isotope, where it is more abundant of hydrogen, thanks to the addition of deuterium, a heavy isotope of hydrogen (D2O). The singular thing is its very own characteristics, where its density is evidenced in 1107 kg/m³; 1.107 g/cm³, and in reference when it is subjected to temperatures its boiling point is 101.4 °C and melting point 4 °C.

A very unique information my friend reader, is that the hydrogen atoms of heavy water contain a neutron, it is evident that each hydrogen atom is about twice as heavy, in heavy water by the presence of deuterium, which is not radioactive, but it alters its composition since it has the ability to increase the strength of the hydrogen-oxygen bonds of water, which is why it plays a very important role according to its use, since it is firstly a moderator and secondly a coolant in nuclear reactors, in the sense that it uses natural uranium as fuel.

On the other hand at the declarative level science we find that only hydrogen has three isotopes: protium, deuterium (evidenced by a proton plus a neutron) and tritium, the difference is that water weighs about 1kg and in the case of liter of heavy water weighs about 1.1 kg, we note the difference is not much, which is why it is used in nuclear plant for the reason that there is a low density of neutrons, due to the low density of fissile material (the U-235).

The question is how to produce this type of heavy water, since it is obtained through a process of "Monothermal Isotope Exchange Monothermal Ammonia-Hydrogen", with the addition of liquid ammonia and hydrogen in the form of gas, which completely changed another way of seeing technology and science because natural uranium, thanks to heavy water, does not require the use of graphite moderators. Hopefully it will be put to more appropriate accident-free use.