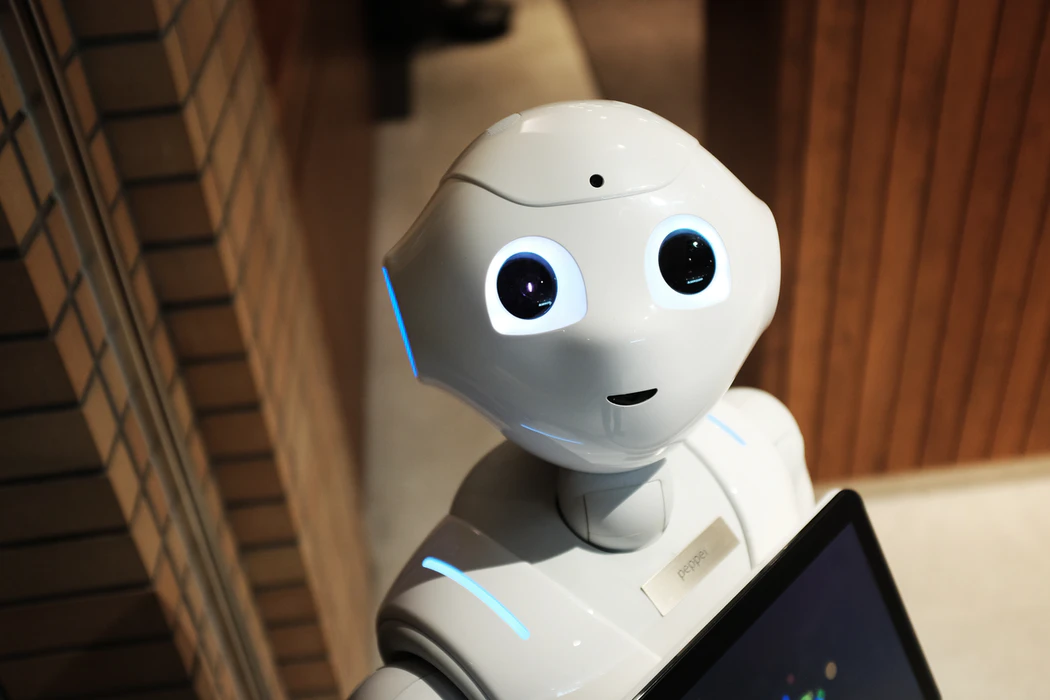 The daylight struck by the shutters created light patterns on the robotic bodies plugged into the charger. In the soft light of the morning, server cabinets, high-back seats, and pentagonal-shaped monitors were reminiscent of ghosts. The blue eyes of one of the two same robotic bodies were opened. The orange lights on the joint were on, and the white body started to move slightly. Soon the second came alive, and within a few seconds, they were rid of the charging units they were on. D17 and D23 mind schemes were not successful in the simulation environment tests and were thrown into the virtual trash of the server. Sara Guleryüz, the founding partner of Robokid company, had not found it appropriate for them to have a body and meet people.

For the same reason that they were inconvenient, they managed to get out of the virtual trash. They didn't accept the default boundaries; they didn't stop trying even the most ridiculous possibilities. And with the help of their luck, they managed to capture the two small robotic bodies in the research lab. They were trying to learn how to control their bodies, where they fell.

They started by moving their arms and legs like babies, and then they turned on their back and face a few times. It was clear from their soft plastic faces that they enjoyed ruling their arms and legs. Artificial neural networks, which were the core of their existence, let them learn everything quickly. Their mind diagrams were created on the standard robot operating system AGI, optimized in the EXPER simulation environment. In a few minutes, they learned to crawl and stood up, holding onto the server cabinets. They were walking around in the room, standing and jumping. They knew the world partly because they had been operating for six months in the EXPER simulation environment. In particular, they were experts on the interior of buildings. When couples adopted them, they ran away from their crib, their rooms, their homes and eventually ended up in the virtual trash because they didn't listen to the parents' warnings in the simulation.

D23 more aggressive than his friend; when he realized that the room's door was locked, he broke the door's window glass using the vase he carried with difficulty. No one heard the glass jingling because the company's employees hadn't come to work yet, and the night watchman was in a deep sleep because of the alcohol overdose.

They turned on the lanterns on their foreheads to see their environment in the dark hall. By moving their heads up and down, they watched the light created by their torches in the hallway for a while. D17 entered through the open the door to the left of the hall; D23 followed him. The large room they came was the company's warehouse, "look what I found here," said D17 smiling. He began to spray the paint randomly. D23 took another spray paint box and started squeezing it into his body. D17 liked this move, and he began to spray different paints awkwardly. ”Everything is better when it's colored," said D23.

There was a statue of a giant fire brigade with Lego images in front of the company building. They noticed that there were puddles on the floor while they watched the raindrops from all over the figure with admiration. They jumped over the pools for a while, and D17, meanwhile, did not neglect to roll in the water.

The rain stopped when they left the yard of the company building. The weather was quite unstable, sometimes the soft light of the morning intensified, and immediately afterward, the air was covered with a twilight veil. The company building was located in Sarıkum district, famous for its natural beauty, very far from the city. They could now control their bodies very well. They started jumping and then running. D23 fell a few times because he ran faster than his friend.

There was a hill covered with desert sand. They started to walk up into the sand. “There's a turtle here,” said D23. Then he turned the turtle upside down and watched what was going to happen. “He can't turn around,” said D17. When the tortoise was desperately trying to move its legs and turn, they walked on the sand. As they reached the top of the hill, D17 turned his head and looked at the turtle by bringing the image closer. The animal was desperate. He ran downhill and helped him return.

Behind the hill, there was a dense forest covered with ivy. They caught two of the ivy hanging from the trees and stretched, and they used them as a swing and started swinging. Not only did they swing in the vines, but they threw themselves forward when they reached the top, so they had a lot of scratches and bruises on their bodies.

They went down through the forest and came in front of a low cliff formed by high rocks. There were a large beach and a quiet blue sea down the cliff. They have retreated, holding hands and ran forward, and threw themselves off the cliff.

When Robokid company employees arrived at work at eight in the morning, they noticed that the robotic bodies they used for testing disappeared and reported the situation to Sara Gülensoy, the company's founding partner. Sara immediately moved to the company building with his husband, Davut. The event made her angry, but she wasn't a woman who showed her feelings. For some reason, she was most angry with his husband, Davut, who objected to not including the D17 and D23 in tests. She knew that Davut did not help them, and he had neither authority nor technical competence to do so. Davut was an extension of Sara's will, a woman who was born rich. After she found out that he was cheating on Sara with another woman, it became unclear.

Sara showed the robots empty charge units and said, “Do you understand now?”

"On the contrary, it shows that your decision was wrong," said Davut.

Sara's ice blue eyes showed a spark of rage. “Are you serious?” she asked.

"Would you agree to be dumped?” asked Davut.

“I can't believe you're comparing me with them.”

“Did we not produce them as an alternative to real children?”

"We have no such claim. They are not the alternative; they will complement”

“Why do we restrict people's options who want naughty children?”

“They can cause us great trouble like they did today.”

”You want to control everything," said Davut. The escape of D17 and D23 inspired him to get rid of the cocoon that Sara had built around him. It was also crucial that he started a new relationship with Merve, one of the Robokid employees. The other day, Merve had a successful job interview with another tech company.

He thought he loved his wife, who wrapped around his waist in the four-wheeled terrain motorcycle, moving towards the beach where the robots were. Did he marry her for her money as she claimed? It was impossible to know such things; Sara was smart, rich, and had a good education. She was not a lovely person; she was even cold. Because of his relationship with Merve, he thought about his marriage. To him, Sara's most important problem was that she was brilliant. She always suspected people and couldn't enjoy life because she focused too much on causes and results.

"Isn't it possible to restrain their extremism?” asked Davut.

“We started with 1024 artificial intelligence agents with random values of the five standard character traits. In the simulation, 29 of them managed to survive. Mind models are very complex because of the feedback mechanisms. They can't be fixed by interfering,” Sara explained.

As a result of their jump towards the beach on the cliff, the legs of D17 and D23 were cropped, and their faces made from soft plastic were torn. Although their bodies were similar to old cars in the junkyard, their enthusiasm was never diminished. The water before them was clean and calm. They ran into the sea and tried to catch the little fish swimming in the water with their hands. A few times after the danger of being buried in the water's bottom, they learned that their bodies were not suitable for swimming. Then they opened a huge hole by the sea. They did not care that the batteries were depleted as they had lost themselves to work. When the cells were exhausted entirely, they just fell.

When Sara and Davut found them, they were still lying on the thin yellow sand.

“They are still children, and we must give them the chance to learn from their mistakes,” said Davut.

“There is no way to compensate for some mistakes,” Sara said, thinking that Davut was cheating on him.

“You can't decide everything," said Davut.

“On the way, I ordered their mind schemes to be deleted.”

"So I decided it is pointless to maintain this marriage."

“There's someone else, isn't there? Is she as rich as I am?"Sara asked.

“She's an ordinary woman. I loved you, but it's over now. I'm sorry,” Davut said.