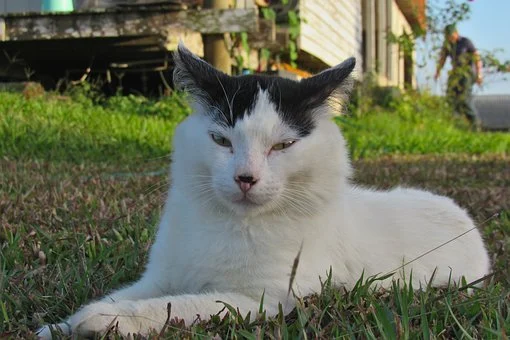 A new article published in Scientific Reports has found that slow blinking with a squint can be an effective way of communication between cats and humans. This strategy is effective even when the cat communicates with a stranger

Anybody who’s gotten a kitten knows that they tend to be distant animals and often their body language is difficult to “read”. Unlike dogs, cats don’t often show their affection in an obvious way.

However, the research made Psychologists from the University of Sussex (U.K.) has found that cats begin to squint in response to the slow blinking of the owner. This happens even with strange people.

The reactions of the cats and the actions of the owners were recorded on video and then analyzed. The researchers found that when the owner slowly closed his eyes, the cat more often followed his example. Also, the kittens squinted more often.

Hypothesis The researchers believe that slow blinking and squinting is an effective way of communication between cats and humans. The mutual signaling works not only between pets and their owners, but also with strangers.

However, the scientists admit they don’t know how and why the ability for such communication appears in cats. Thus, they need more studies.

¿What do you think? ¿Do you have a cat? ¿Have you tried this with him/her? ¿Will you?