Science as Faith: The Law of conservation of energy 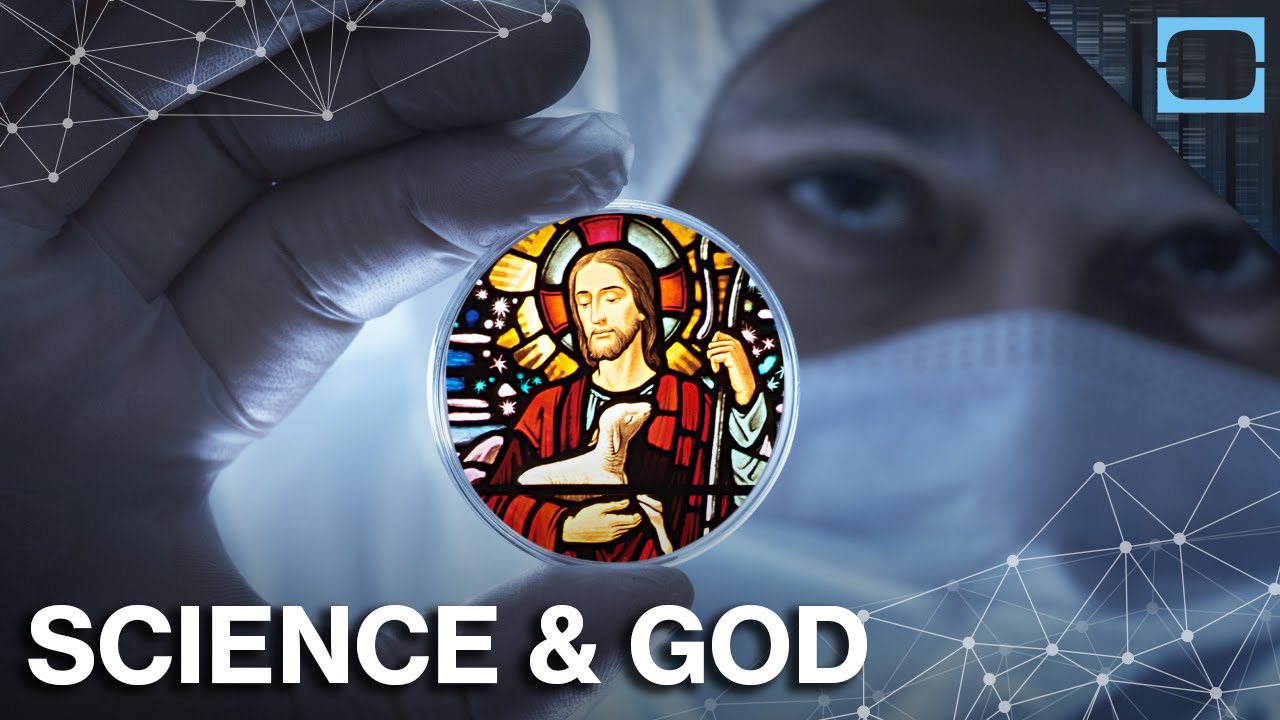 One of the most important principles of physics are conservation laws. These state that certain quantities do not change with time and are therefore preserved. A quantity that does not change often simplifies calculations considerably. Therefore these sizes are so important for the physics. In addition, as humans, we cannot avoid assigning a certain beauty to conservation variables, since we as humans are always looking for something that remains, i.e. is preserved, in a world that is subject to permanent change.

In the theoretical physics one sees also the full mathematical beauty in which one can pack these conservation laws. One can conclude from the existence of certain symmetries that a quantity is conserved. This is called the Noether theorem. In this, for example, one can infer from the fact that no matter at what time I perform an experiment the same thing will happen (symmetry of time) that energy is conserved.

This already becomes clear in mechanics. If I let a pendulum swing in a gravitational field, it should always return to its starting position according to the conservation of energy. Otherwise it would lose energy, which would contradict the law of conservation of energy. If one makes this experiment, however, one finds exactly this. The pendulum will never return to its starting point, unless you give it a swing, and it will lose more and more energy. 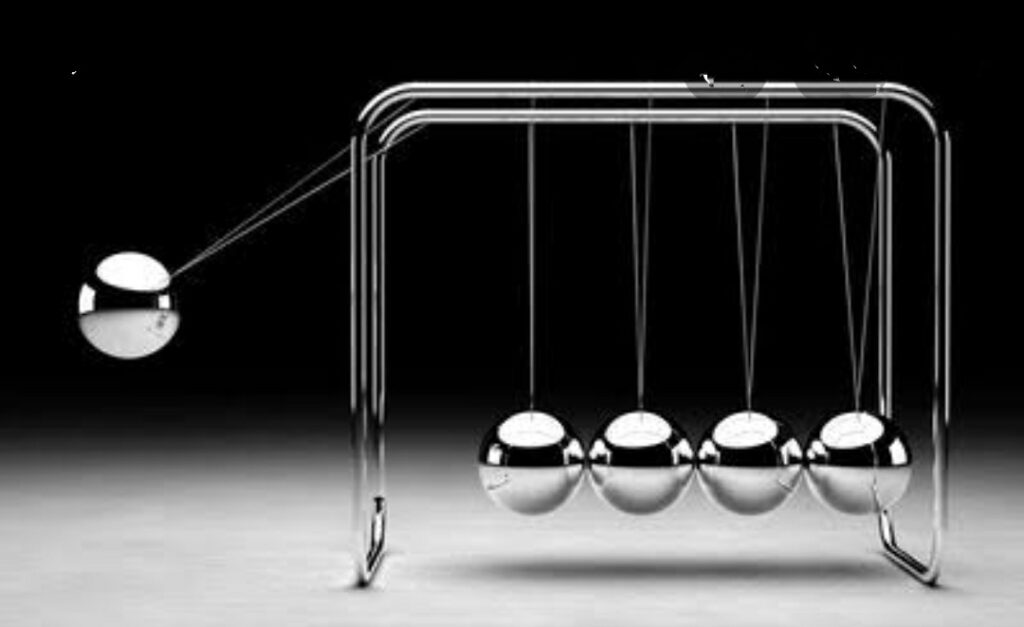 A sceptic may see here directly the law of conservation of energy as disproved and start to search for a new theory. However, it turns out that the law of conservation of energy can be saved by a closer look: Namely, one did not take into account the entire environment of the experiment. Since the experiment takes place on earth, the pendulum will be not only in a gravitational field but also in an atmosphere of air. If you take this into account, you will notice that due to the air resistance, the pendulum will give up energy. On atomic level it is so, that permanently air atoms fly against the pendulum, which are then flung by the pendulum in its direction. With single atoms the energy loss, which the pendulum suffers thereby, is minimal, since it concerns however innumerable atoms the pendulum with the time will lose more and more at energy and swing less and less.

So the energy is not lost, but only transformed into other energy. In this case into kinetic energy of the air atoms, which leads on macroscopic level to the fact that it becomes slightly warmer. It therefore follows that the total energy is not lost and is thus always conserved.

Because we do not see what is going on at the atomic level, it looked at first as if the law of conservation of energy would not apply. Whenever the law of conservation of energy was put to the test by experiments, the problem was that the missing energy disappeared into a not considered or even experimentally not accessible area. So also in the next example which we would like to look at: 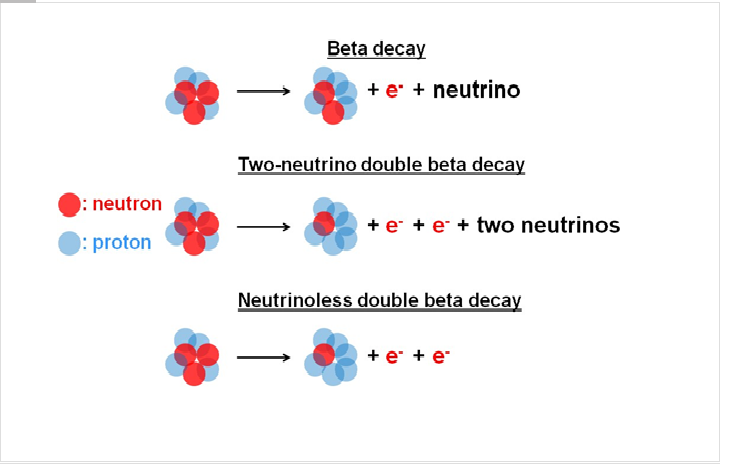 In radioactive beta decay, a neutron decays into a proton. In addition, one measures an ejected electron during this decay. So it seems that the neutron decays into two particles, a proton and an electron. One can use the law of conservation of energy to calculate the possible energies of the two outgoing particles as a function of the energy of the decaying neutron. The result predicts that only discrete energy values are allowed. However, a continuous energy spectrum is measured. A discrete spectrum can be compared to individual fixed colors e.g. red, green and blue, while a continuous spectrum also includes the transitions between these individual colors (as in the rainbow).

Instead, one postulated another particle, the so-called neutrino, which was ejected as a third particle in this process and which is invisible for our measuring instruments. By three outgoing particles such a continuous spectrum can be explained.

Until today, scientists are convinced that these neutrinos exist and they could be detected in various experiments. However, they are usually detected only by the absence of energy. For example, at the detectors of the Large Hadron Collider (LHC) at CERN, a neutrino is identified by so-called "missing transverse energy." 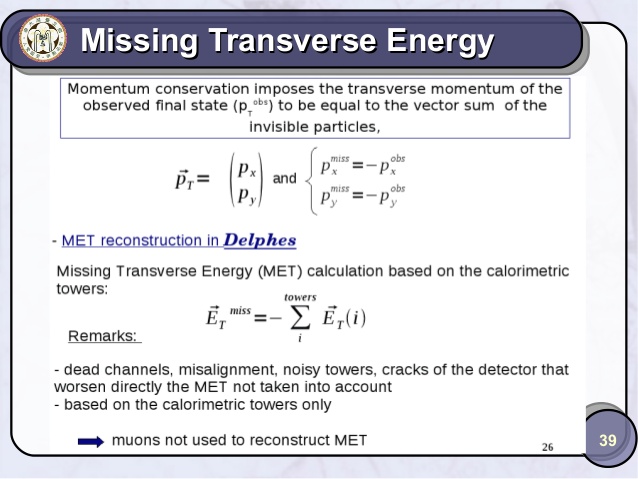 The proton beams fired at each other in these detectors have approximately the same energy. Therefore the sum of the total energy is zero. After a collision, therefore, the total energy of the particles emanating perpendicular (transverse) to the proton beams must also cancel out. This is the only way to preserve the energy before and after the collision. However, it happens from time to time that this is apparently not so and there is missing transversal energy. This is then mostly attributed to neutrinos, which are invisible to our detectors and thus leave no traces.

Instead of being overcome by doubts, the physicists found a way to save the law of conservation of energy by attributing the missing energy to a particle invisible to our detectors.

In a previous blog post I have already mentioned that the creation always reflects the Creator in some respect. Thus, a reflection of the nature of God can also be found in the conservation laws in nature. Hebrews 13,8 states:

Since Jesus is God, this means that God is the same yesterday, today and forever. Scientifically, this would be a conservation law. God's essence is thus preserved for all eternity. Just as one can find individual quantities in science that are preserved, one can find some traits in God's character that are always preserved.

One such trait that is always preserved is the goodness of God. Thus it says in Psalm 34:9 Taste and see that the LORD is good! Happy is the man who shelters with him! We can therefore conclude that God is always good. His goodness is thus preserved, just as the energy in the creation is preserved.

Exactly as with the energy conservation law it is also here in such a way that this is not always obvious at first sight. Everyone gets into situations that look anything but good on the outside. The same is true for many Christians. Unfortunately, it then often happens that we doubt the goodness of God and distance ourselves from Him. 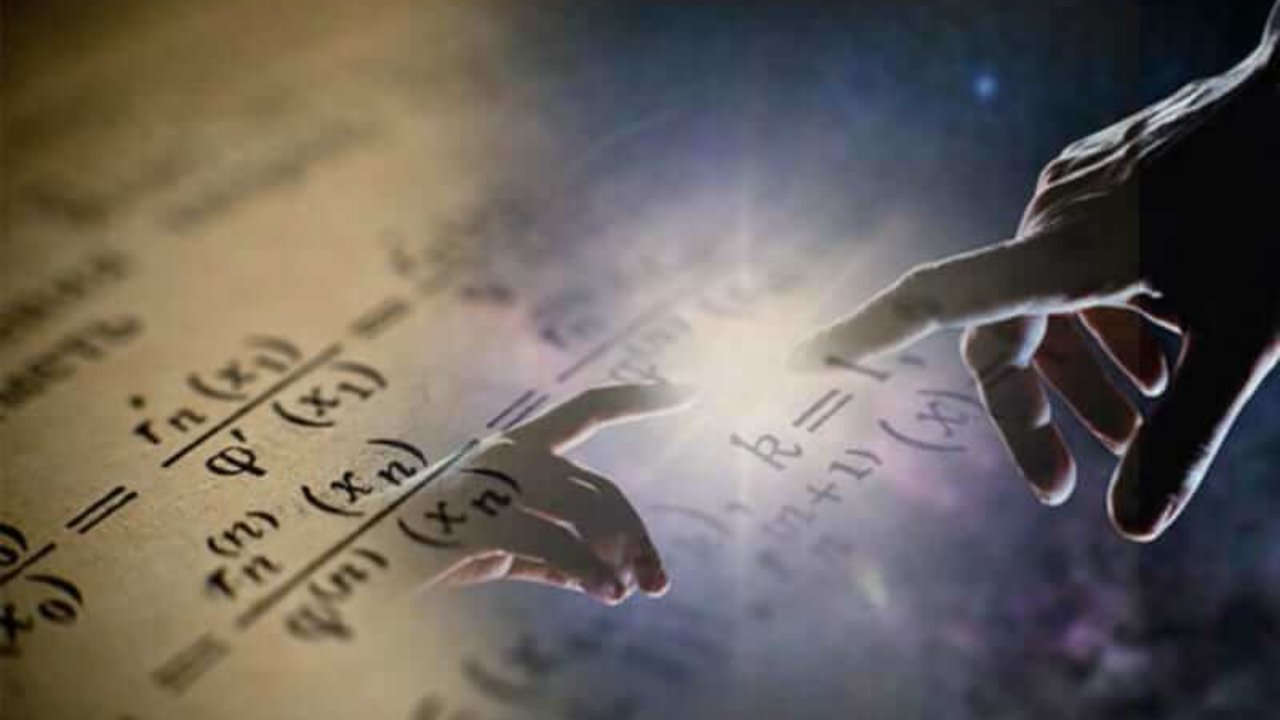 Likewise, God's goodness is not gone just because we cannot currently feel it or see it in our daily lives with our limited vision. It is rather that we either do not look closely enough or possibly we just cannot see it with our natural senses at the moment, although it is there.