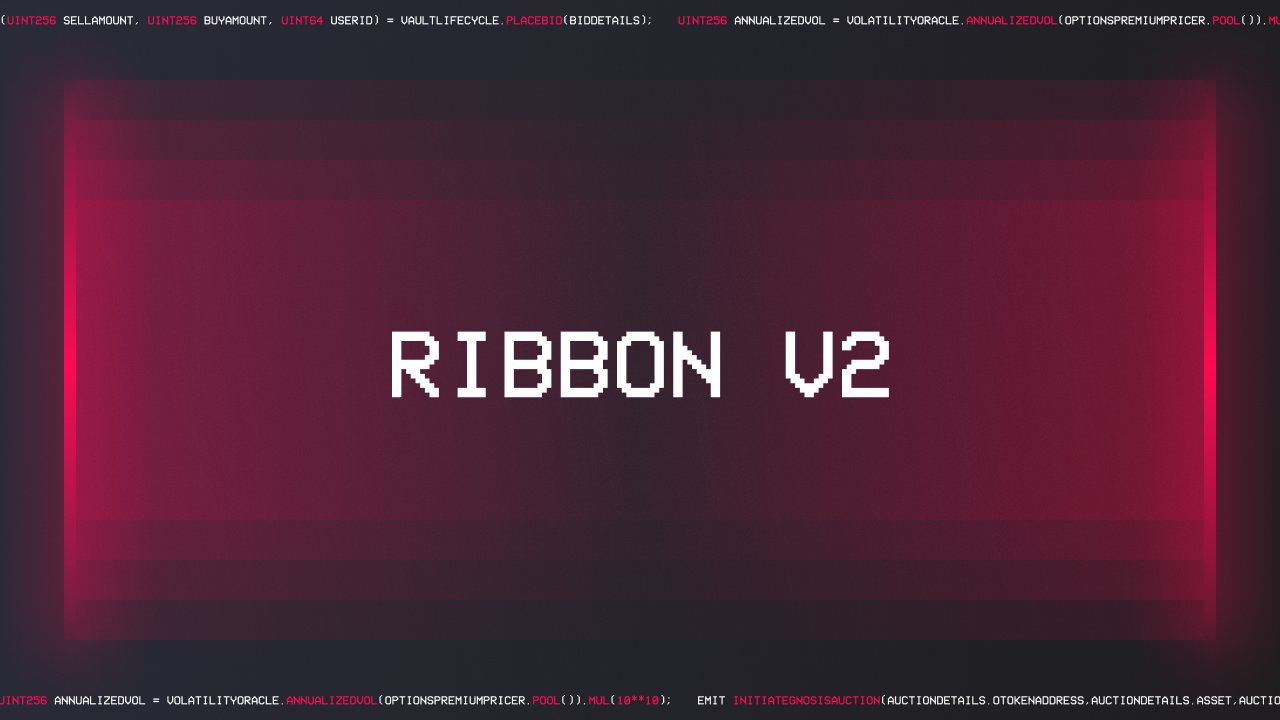 On September 14th, 2021, Ribbon finance announced the launch of its first two Ribbon V2 Vaults on Twitter. The first one is ETH Covered Call vault, and the second one is WBTC Covered Call Vault.

Note that both the vaults, i.e., vault V1 and V2, will run concurrently for the time being, and V1 Vaults will eventually be deprecated with the expansion in the V2 vaults' capacity within few weeks.

What were the issues with V1 vaults?

The ribbon V1 vaults were the managed products which means that the team would need to choose the strike prices for the vaults and execute the sales on a weekly basis. Now, this model was bootstrapping the vaults but was not at all scalable.

It is pretty evident that it can limit the number of vaults supported by the platform if the vaults are managed by humans. The reason is that it will need more workforce. Also, users are required to trust the persons who execute the vault strategy.

With the Algorithmic strike selection, a smart contract will decide the strike prices for the options instead of humans. With Open Auction, an on-chain auction mechanism will allow anyone to participate, which removes the need to work with market makers to sell the options.

In Ribbon V2 vaults, the accounting system is rebuilt to avoid confusion regarding depositing and withdrawing into Ribbon vaults. It was noticed that the accounting system of Ribbon V1 wasn't accurately built. Every week, 90% of the funds of vaults are allocated to sell options, and 10% have remained as exit liquidity for those who want to withdraw immediately.

So, it created chaos for the users who deposited into the vaults mid-week because they would share the losses of the vault from the prior week, despite the fact that their funds were never used in the options.

With Ribbon V2, the depositors will now not suffer the loss of short position of the prior week. It also increased the yield by utilizing 100% of the funds, and the withdrawals can only happen after the expiry of the options.

Migrating to V2 is pretty straightforward.

There is a convenient link on the Ribbon App for users to easily migrate the funds in V1 vaults to V2. The first option sales for V2 vaults will start on September 17th 2021.

The team has decided to repay the gas fees for the first 100 migration transactions to encourage the users to migrate to V2 vaults. For the first 100 migrations, the Ribbon team will send the gas fees to the addresses manually. Note that the starting vault capacity of the ETH vault is 300 ETH and of WBTC vault is 25 WBTC. The capacity is expected to expand with time.