Never Spend Beyond your Income

Did you watch the interview where Kelvin O’Leary, one of the sharks in shark tank said that with $100 a week, there is a high chance for a person to retire a millionaire? Some people will not agree with this, while some will slightly agree because of the person who said so but the truth is, it is possible. Retirement is the period a lot of people look forward to as they spend most of their active years working and they hope one day, they will have to retire from working and just relax on their rock chair all day with millions in their account, but this often end up the other way round as most people often retire broke and those who have something to fall back on actually fall back on their 401k. 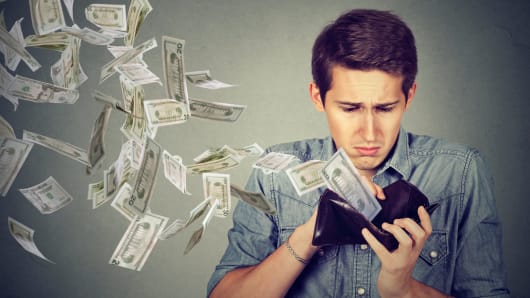 First, do you plan to retire at a particular age, let’s say 60 or 70 in this present generation? Well, it is possible but it is not visible because unlike in the past where things were less expensive and people had enough to save, now it is different as people just have to live from paycheck to paycheck and while doing this, they do not have anything to fall back to in case of an emergency. In fact, a lot of people are in debt as they purchase things with future money using their credit cards.

Never spend more than you earn

This is the basics of being financially free. But then, you will ask me, am I spending more than I am earning? This question can and will be solved by you. Take your pen and calculate how much you have made in the last 6 months as income and how much you have spent out as expenses. Now check how much was spent on asset and how much was spent on liabilities also, check out how much of the money was borrowed money to be paid back in future either from banks or credit cards. With this, you can tell if you are spending above what you are making or not. If you are spending above what you earn, then you have to watch your spending habit. Check out how what you use every penny you make for and be sure you are using most to get assets and not liabilities.