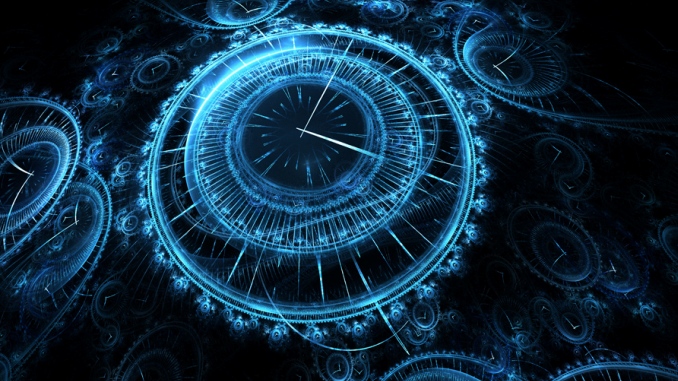 As King Jace remembers this futuristic, scientific realm that he's only momentarily gotten used to, he's already integrated and has begun the process of fitting together deeper understandings having to do with aspects and symbols that coexist between each of these unique realms and how their interaction between one another shaped the outcome of the unfolding narrative.

King Jace - "I've decided on what my choice will be, Sympatico, I still have much work left to do on the previous realm .. It's time to go back and be reborn once more .. there is still some debugging left to do in order for the laws of the system to be further perfected .. we must slowly instill and issue new laws into the system of the earth realm, for it is of the utmost importance and we must be absolutely certain that catastrophic mistakes in which we've seen take place on atop the fragile realm may never happen again.

King Jace stands up and does some long stretches .. mouth wide open, Jace has a huge yawn, and sits down on the ground with his legs crossed.

King Jace - "While I've plugged myself back in, would you mind continuing to tend to the work that we've been doing up till now? .. One of your assigned tasks, Sympatico is to debug and patch holes and inconsistencies directly the moment they have come to be discovered and played out from within the system .. debugging and patchwork should be enacted upon automatically and with immediacy, on a moment by moment basis .. it is of the utmost importance that patches continue to be installed within the framework in order to sanctify, cleanse, and protect all the various timelines within the fluctuating multiverse. .. please tend to and patch up any programming holes which have allowed the spiritual parasites to slip through the cracks, up until now, due to unanticipated loopholes they've been ruling over the sapiens on their planet with an undeserved free pass .. These programming holes must be patched as the system requires healing as well. Exploits must be tended to accordingly.

King Jace - Any captured criminal entities shall also be issued Quantum indictments towards the freshly constructed Quantum Court .. indictments shall be issued upon the discovery of all time/space infringements and any Quantum laws that have been broken .. for it is in the breaking of these laws often appears to lead to the exploitation of the system upon their infringement and this interaction has often resulted in the criminal offense of "unfair play", enacted by the perpetrators, which is charged within a spectrum of degrees of severity, depending on the crime and intent in question .. perpetrators who are suspected of any high crimes shall be taken into custody by the Light Sentinals accordingly, for It's high time that these space criminals face the music .. unforeseen loopholes must be tended to and patched up appropriately.

Sympatico: I understand my job entirely .. your mission appears to be noble and Just .. The Light Sentinels will have their goals and mission updated, and I shall remain by your side for protection .. if anything that is dangerous comes to cross your path, just know that you are protected .. In the event that an entity wishes to cause you harm, the universe will awaken and the alliance will be called upon and they shall continue to intervene .. they shall shed light on the attack, exposing themselves for all the world to clearly see.

King Jace climbs back into the holding chamber, and plugs himself back in.

Sympatico: Are you ready, King Jace?

Sympatico: Your new location has been quantified and qualified .. You shall dream your next mission in a small community close to the Holy Lake of Whatchakol .. This is exceptionally sacred land, and is protected from the hidden forces of darkness .. Your journey, including this land will continue to be protected under divine jurisdiction .. you shall arrive and effectively reach your new destination safe and sound. I'm confident that you will accomplish much great work with the community here, at this new geographical location.

King Jace prepares himself accordingly, and lays down in the comfortable bed found within the space of the holding chamber.

King Jace slides on the holographic face mask over top of his face .. a new vision slowly begins to project itself.

IN A SPECTACULAR MOMENT .. A DIVINE FLASH!!! - King Jace's consciousness catapults itself throughout the cosmos, as he flies through space and time .. the coordinates have been properly locked down and patched into perfect place .. The number 11 flashes through the mind of King Jace .. Harmonic resonance is attained as King Jace Hums different tones, in order to steer his shielded Merkabah craft of Light.

Within the short blink of an eye, King Jace safely arrives at his new destination, reborn and physically restored healthy and strong once more.

MUCH MORE TO COME!!!