How to become an Underwater Archaeologist

Archaeology is a subdivision of Anthropology which studies the cultural behavior and evolution of humans. Specifically, archaeologists systematically recover and study the material evidence remaining from past human lives and cultures to draw conclusions about past societies and how they might have influenced current and future societies.

Steps in an Underwater Investigation 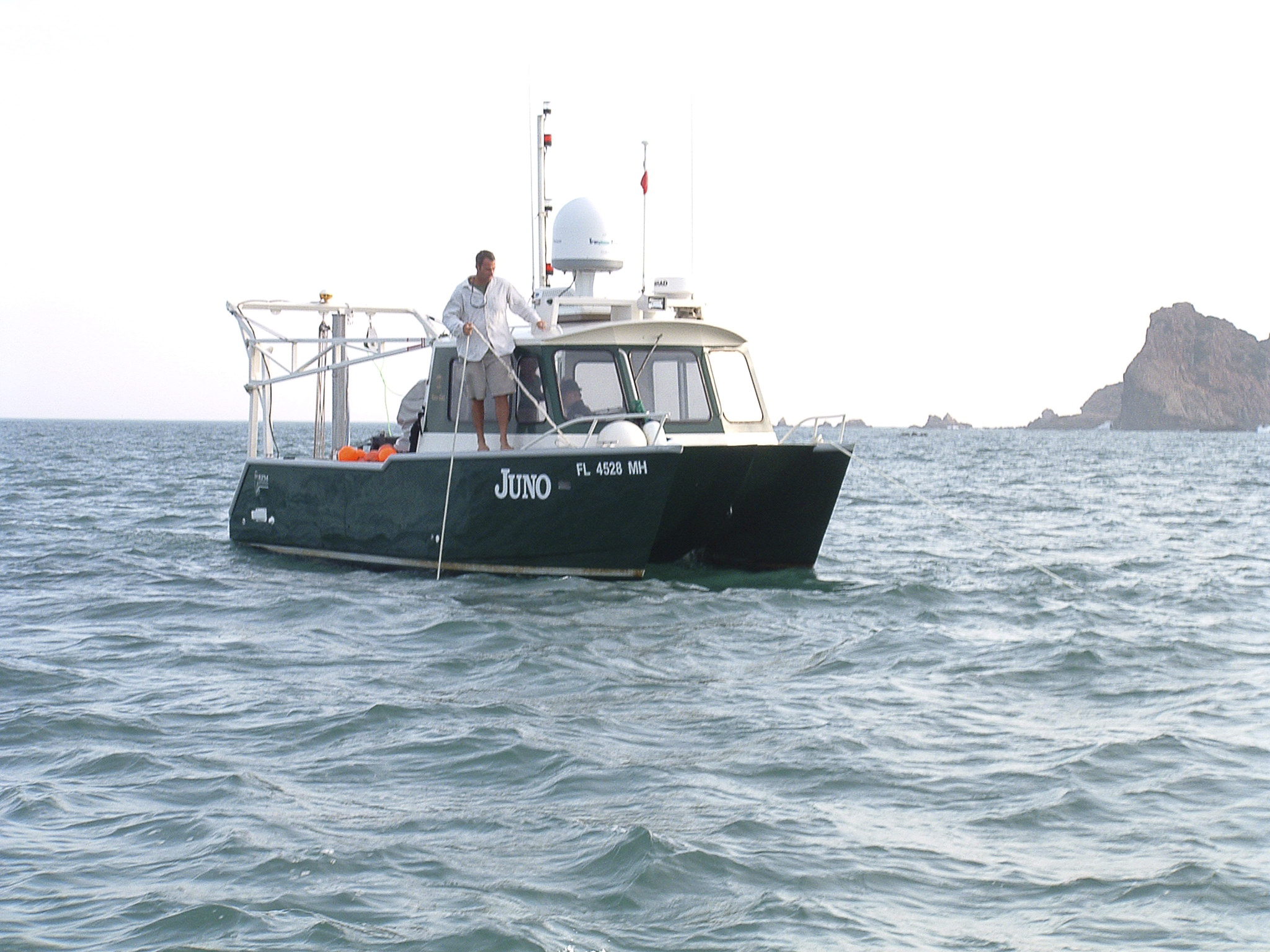 Objective: to find source materials that give evidence related to an event or site under study. This information should help shed light on multiple aspects of a question so as to gather as much information as possible before going into the field.

History and archaeology complement each other. Historical information can corroborate or counter archaeological data and vice versa. Both add to the overall story that cannot be told from either source alone.

Until recently, most of the world’s underwater sites have been found by free divers or scuba divers. It has been only with the increasing pace of underwater technologies that the techniques and skills of hydrographic surveying have been routinely used to assist in finding sites through systematic searches over a defined area. 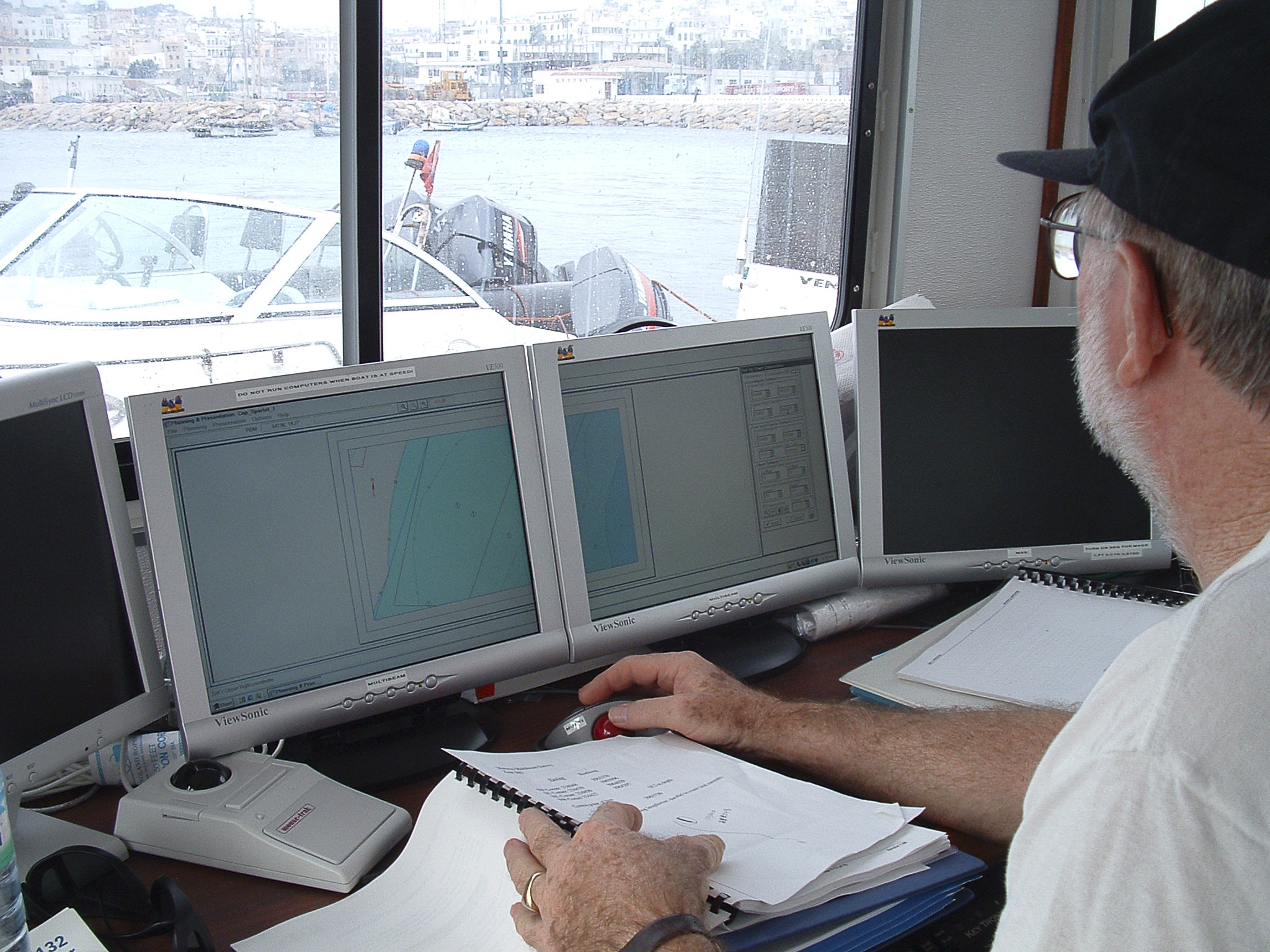 A magnetometer is an instrument used to measure variations in the earth's magnetic field. There are many applications for this technology but in underwater archaeology, they can be used to locate archaeological sites such as shipwrecks.

This instrument measures the intensity of the Earth's magnetic field by utilizing the precession of spinning protons, nuclei of the hydrogen atom, in a hydrocarbon fluid. The fluid, typically kerosene or jet fuel is contained within a coil of wire and is momentarily magnetized by direct current in the wire. This current is then removed and the protons precess, or wobble like a spinning top, about the direction of the Earth's magnetic field. This difference in frequency can be measured and variations recorded for analysis.

Assuming the Earth's magnetic field intensity is uniform and that an iron object behaves like a short bar magnet in this field, the object will create an anomaly. The variations in frequency, taken at a rate of several times per second, are then transmitted up a cable to a laptop computer where the data is collected and rendered graphically.

The magnetometer sensor is contained in a housing referred to as a "fish" at the end of a long, electrically suitable and mechanically durable tow cable. The entire sensor and cable are known as the tow system. Remember, it is very important to also collect precise positional data using a GPS so that each anomaly can be easily located at a later date. This not only helps to set up your search area but also helps maintain lane spacing during the survey. 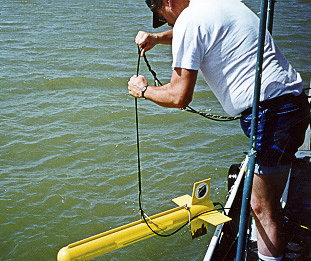 This sideways looking sonar has a transducer fixed either to one side of the vessel or towed behind the vessel. In the latter case, the system can be operated so that the sonar beams radiate on either side of the fish to provide a two-way look.

The transducer emits a fan-shaped pulse of sound that has a narrow beam width in the fore and aft direction. The fan-shaped beam lies in a plane at right angles to the track of the fish and the center of the beam is directed slightly downwards towards the maximum anticipated range.

These twin, fan-shaped beams are reflected by topographical features and submerged objects on or near the seabed. The reflected acoustic energy is detected by the transducers and returned up the tow cable and displayed on a computer screen onboard for a continuous, permanent "picture" of the seafloor.

Sub-bottom profilers are used to identify layers of sediment or rock under the seafloor. The transducer emits a pulse vertically and a receiver records the return as it is reflected back. The sound pulse is often sent from an air gun towed behind the ship. An air gun uses the sudden release of compressed air to form bubbles and the bubble formation produces a loud sound. The sound from the air gun travels down to the seafloor. Some of the sounds reflect off the seafloor but some of the sounds penetrate the seafloor. The sound that penetrates the seafloor may also reflect off layers of material within the seabed. The reflected sounds travel back up to the surface.

The ship would also tow a number of hydrophones (called a towed array or streamer) which detects the reflected sound signal when it reaches the surface. The time it takes the sound to return to the ship can be used to find the thickness of the layers in the seabed and their position (sloped, level, etc.). It also gives some information about the composition of the layers.

Sector-scanning sonar is used to aid in navigation in low visibility situations. They generate noisy, low-resolution 2D range vs. bearing images of a 3D scene. Sound waves are emitted from the sensor underwater and the topside console records the intensity of the echoes as they bounce off the objects scanned. This image is very similar to that produced by a Doppler radar. 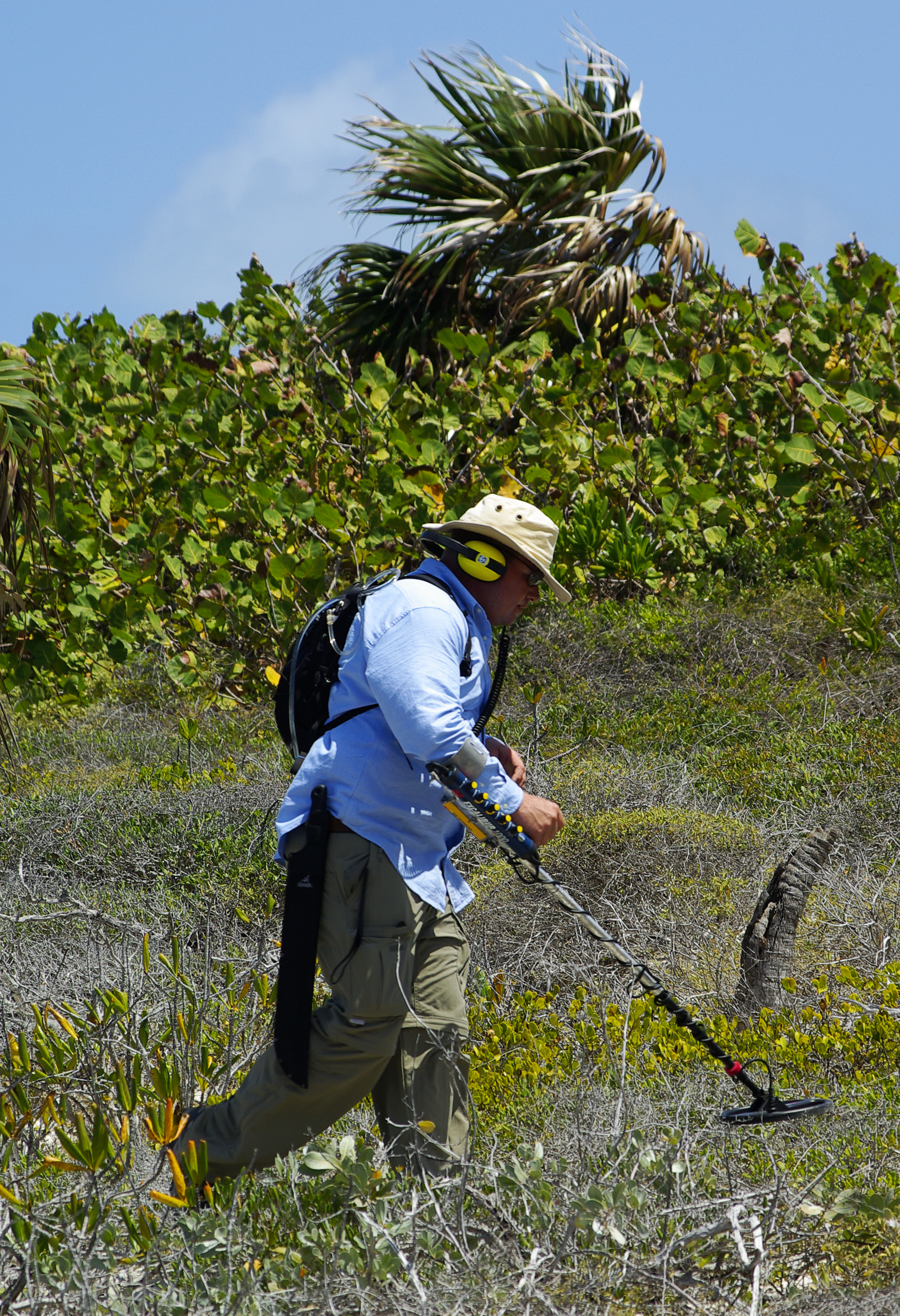 Pre-Disturbance Surveys – used to determine the broad extent or perimeter of the site. 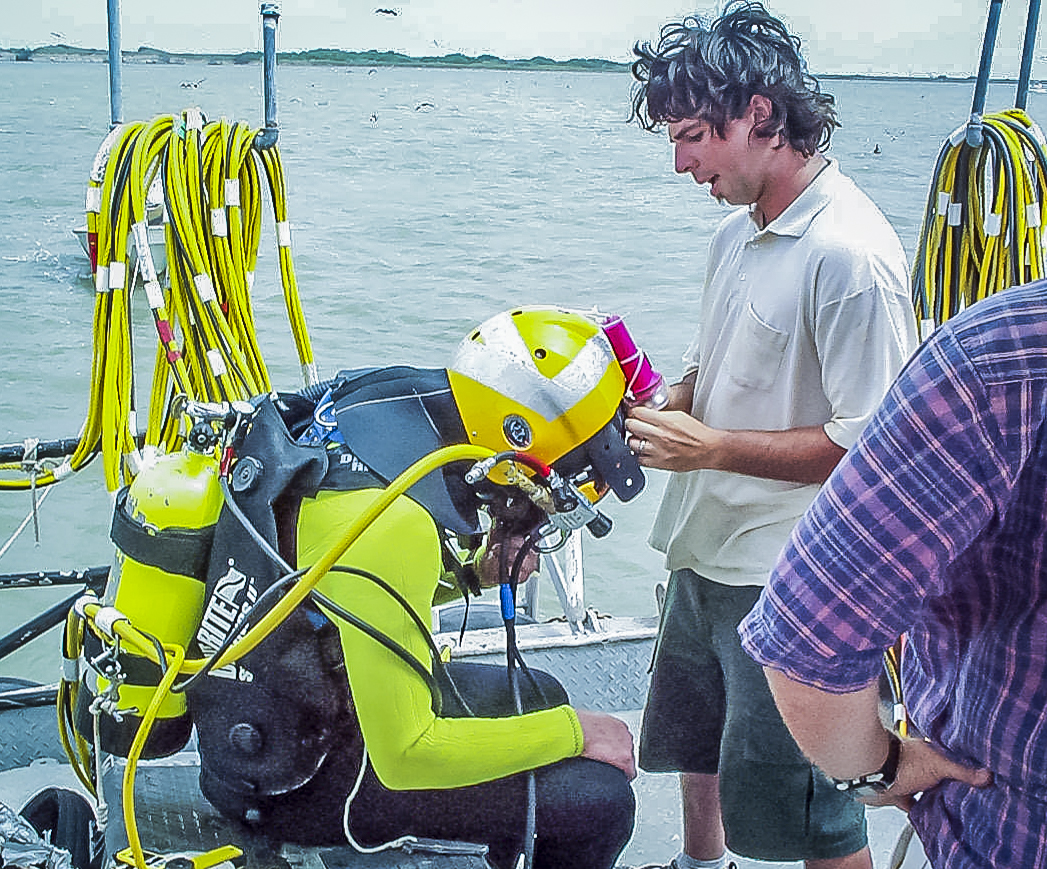 Mapping gives us the ability to determine a position in 3D of natural and human-made features on or beneath the surface of the Earth. 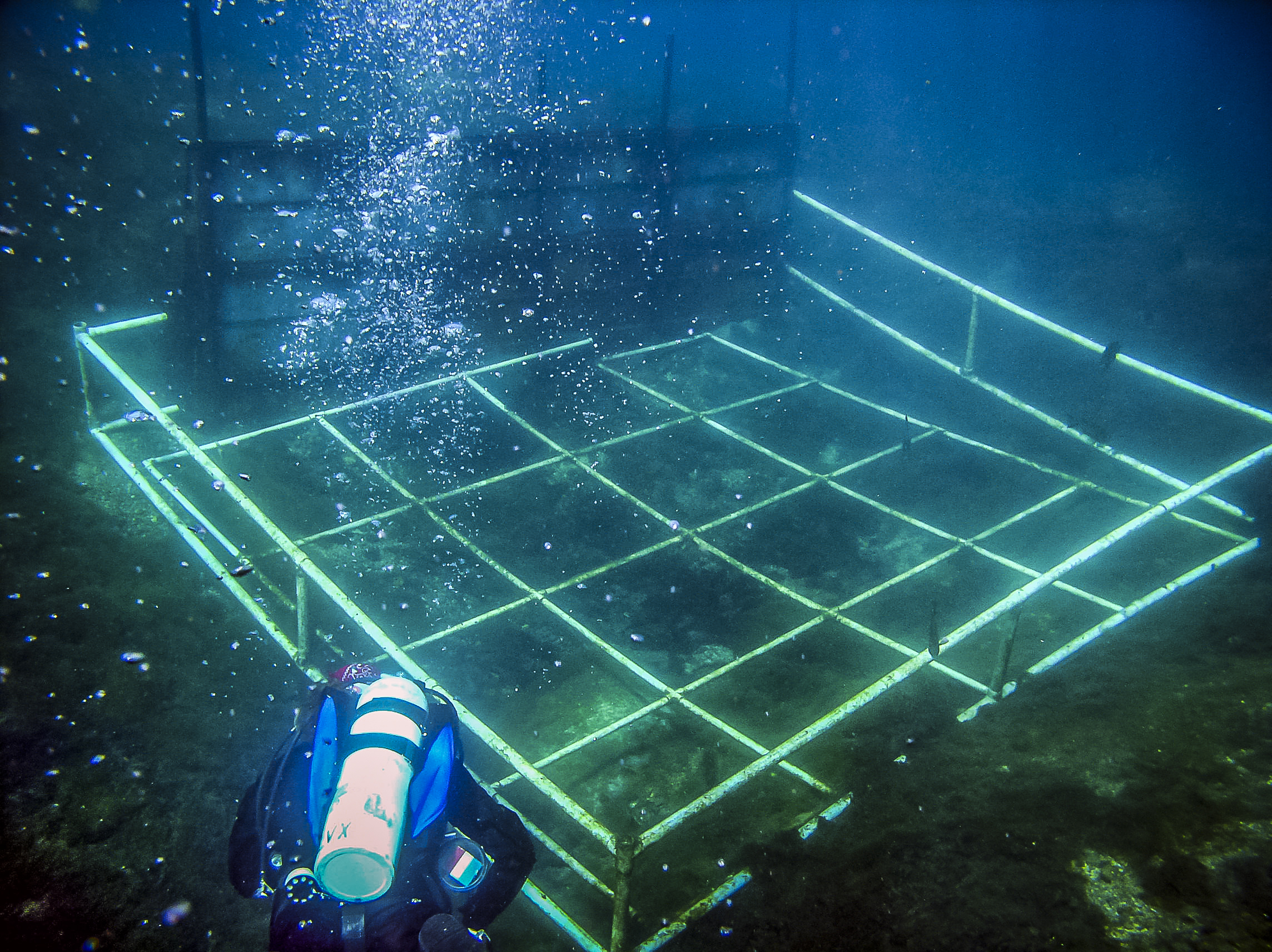 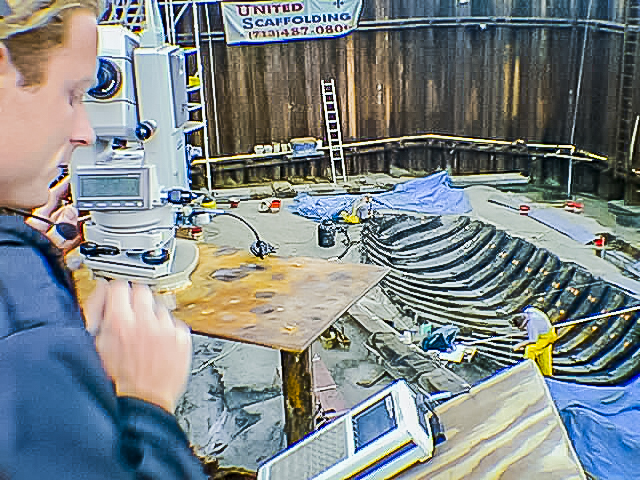 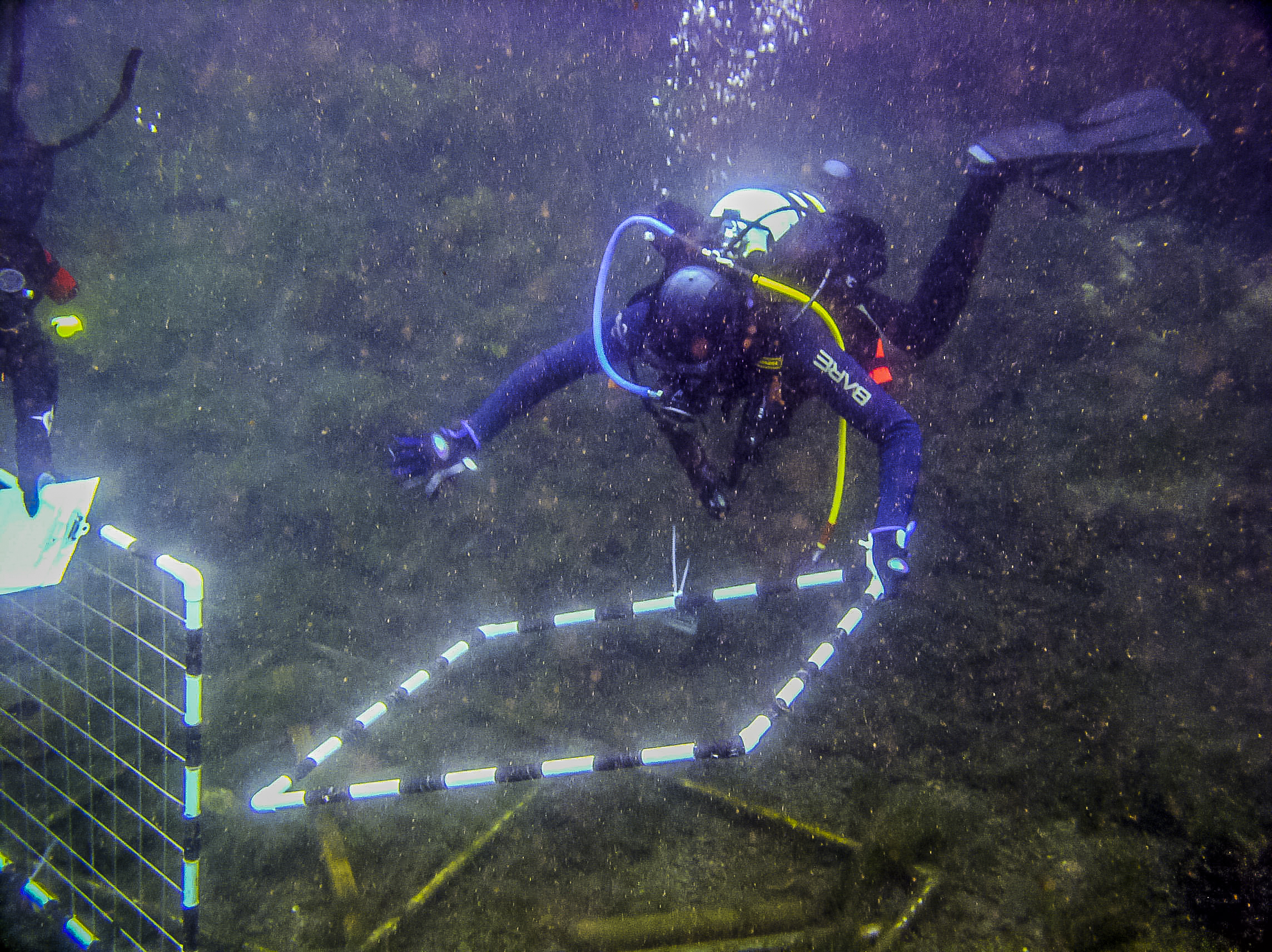 An excavation is a process of uncovering a site by removing spoil, observing and identifying the archaeological material and then recording and recovering it. 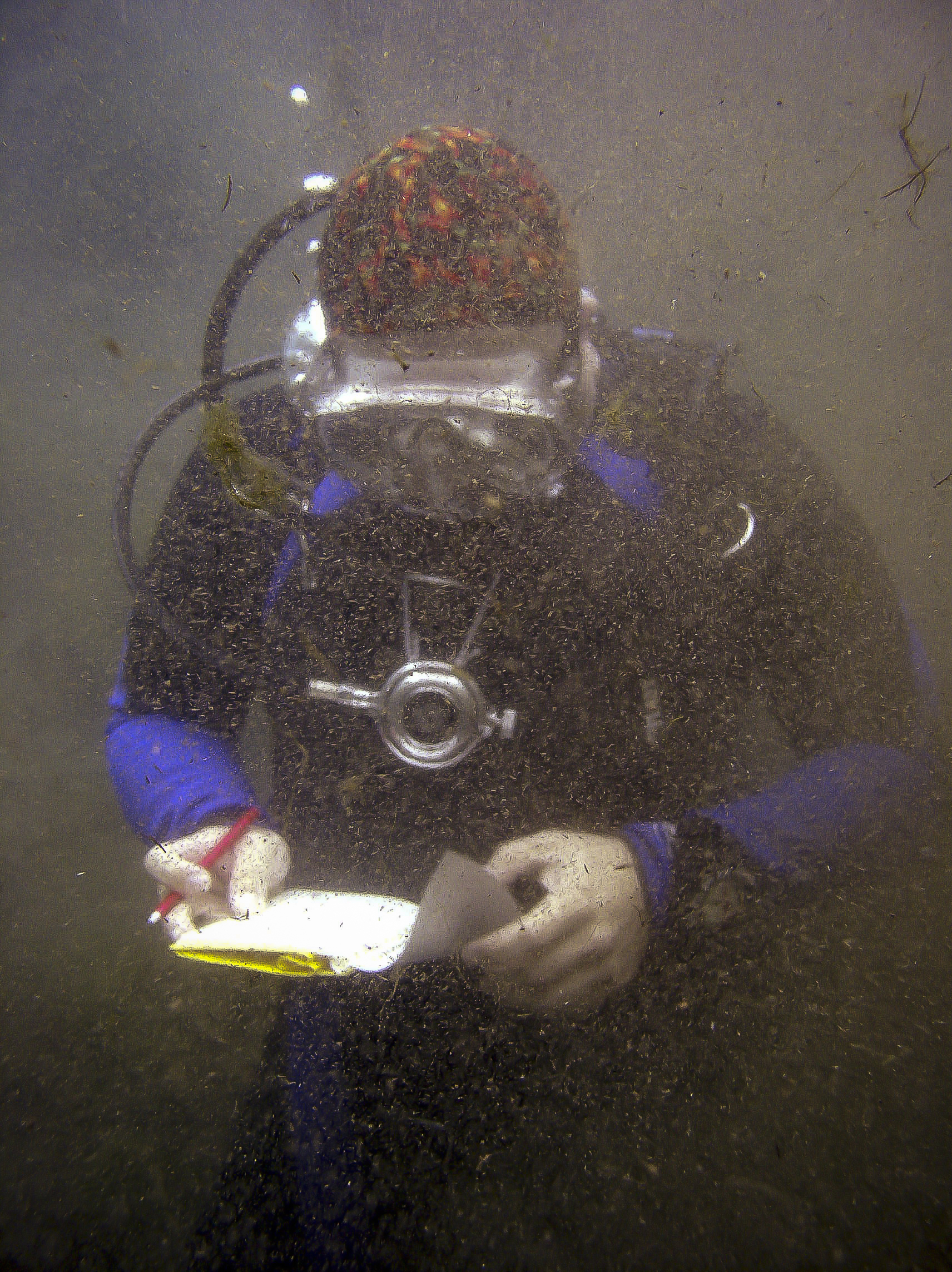 What kinds of information is important? Photography is essential for keeping records on archaeological investigations. Because archaeology is the systematic destruction of a site underwater, it is often referred to as the "unrepeatable experiment." Photographs may be all that remains of the site once the excavation is complete.

Photography provides a less selective and wider view of the site and ensures everything that might be of interest gets included in the documentation of the site. 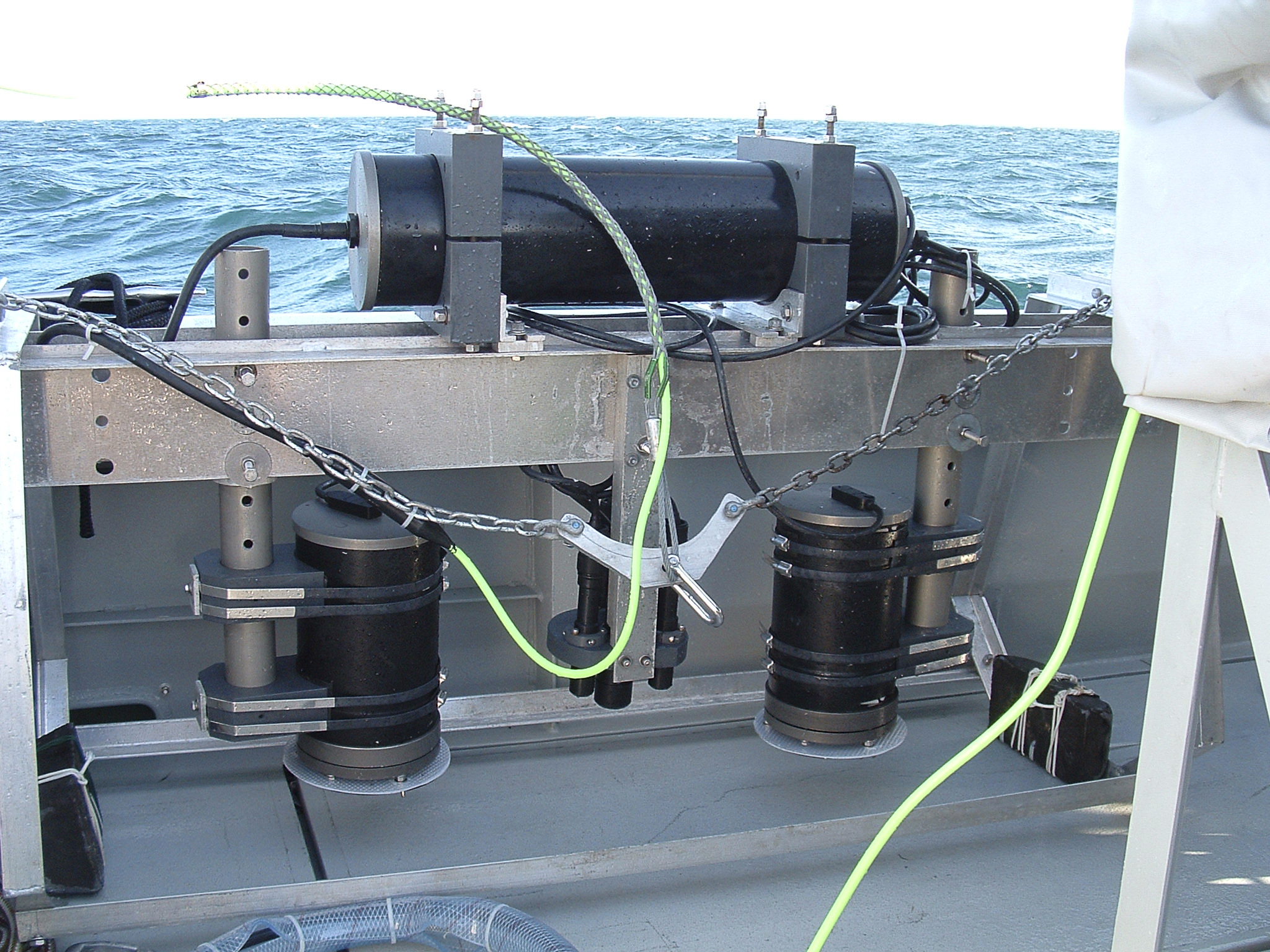 Large areas can be recorded in a shorter period of time using video as opposed to still images. Video also provides instant feedback for planning consecutive dives and is a good reference tool to go back and look at a site once you are out of the field.

Because of the harmful long-term effects of immersion in water, from the absorption of chlorides present in seawater, and from natural degradation processes that occur over time, almost all materials recovered from underwater archaeological sites require some type of conservation treatment to preserve them.

Artifacts must be kept in sea/ fresh water until preservation can begin. In the field, the must that should be attempted is to apply fungicides, biocides or algaecides to the material to keep any foreign material from growing on the artifact.

Without exception, organic material must be kept in seawater or freshwater while in the field unless there is a lab setup to conserve or stabilize the material. Because of their complexity, these materials should be left alone until a lab with appropriate conservation equipment and chemicals can accept them. 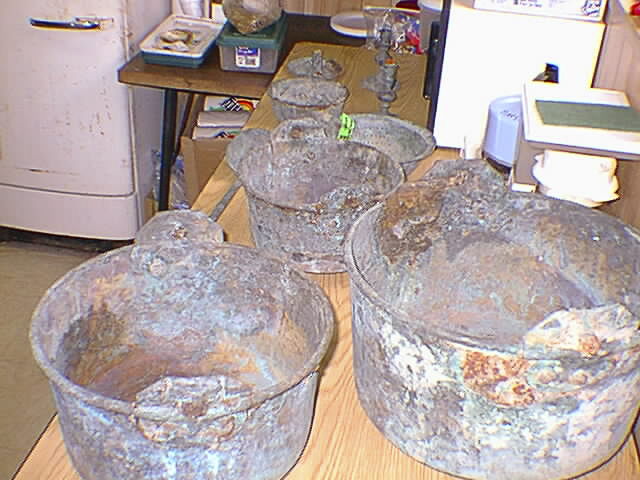 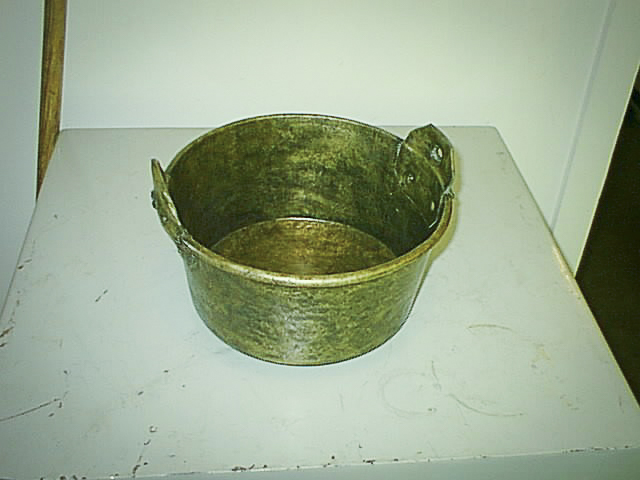 Anticipate what might be encounter in the field either during a survey, testing, or full excavation. Be aware of the types of breakdown, corrosion, and degradation that the recovered material might undergo.

Have someone with conservation experience in the field to help with the excavation to ensure the recovered objects are properly treated.

Make arrangements for conservation before initiating any operation where artifacts may be recovered. This may mean contracting with an existing laboratory or establishing special facilities for a project.

As is evident, the survey, recovery, and protection of submerged cultural remains present a series of complex issues. The protection of our cultural history is paramount so that it can be passed down to future generations. Using the proper tools and techniques to bring historical materials to the surface is only a small part of the process. Having the full understanding of the ramifications in doing so is what determines if a team is prepared or not.

Enjoying my content? Please help support my efforts by resteeming. Thanks So Much - Liquidtravel