Coax cables also referred to as coaxial cables are electrical cables used to transmit radio frequency (RF) signals from one place to another. They are highly durable and reliable as well as can be installed easily hence coax cables are mainly used to satellite antenna facilities to homes and businesses. These are primarily used by telephone companies, internet providers, and cable operators to transfer data, video, and voice communications to customers. The extreme reliability of coaxial cables is based on its shielded design, which allows the copper core of the cable to transmit data quickly, without interference or damage from environmental factors. 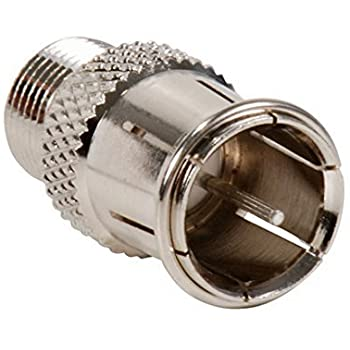 A connector of a coax cable such as a coax F connector is the least expensive connector that provides the required performance for many domestic TV-related applications. The connectors are segregated as male and female connectors. It provides a 75 Ohm match for signals extending well above 1 GHz since it uses a threaded outer to provide reliable contacts.

Coax F connectors require more care for installation and usage. The F connector is not water-resistant or waterproof (neither the thread nor the joint). whereas the male connector is enhanced with an 0-ring which seals the mating of both connectors, providing some waterproofing for the center conductor.

Coax cables sometimes cause leakage issues called ingress or egress causing tiling, fuzzy or snowy signals. Domestic television equipment mainly uses an F-type coax cable connector. This is because F-type connectors are not at all costly and can perform to high frequencies up to 2 GHz which makes it ideal for terrestrial and satellite links between antennas and the television itself.

Some countries exclusively use F-type connectors for down-converted satellite signals that fall between 950–2150 MHz from LNBs and DC power.