Close to Perfection (What only he can believe) 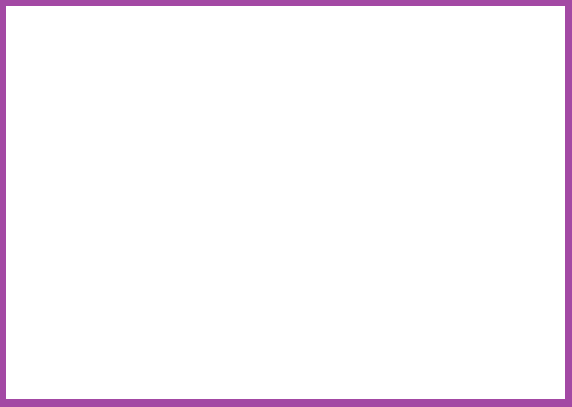 It is a short story about a fourth-rate scientist and low-paid professor at a private high school who used to write short scientific treatises and papers, which he posted on a blog visited once in a while by few readers. He considered that this could well be the result of his intensity of life, copiousness of production, overwhelming epistemogenesis. It was his second wife who finally managed to get him off his fanciful trails.

Close to Perfection (What only he can believe)

Over the new keyboard of his old desktop computer, the fingers of Aurelius Valley flew nimbly, stopping from time to time —he really seemed a keyboard banger—, to take quick sips of his sugared black tea, chilled with ice cubes, to simultaneously check the newly written sentences.

It was in those moments when smiles of satisfaction appeared on his face, and also Aurelius was aware that the face is not only an external showcase of what is in the mind but that it can become a causality to improve the mood (the movements of certain facial muscles necessary to achieve certain gestures send signals that travel through the nerves, from the muscles of the face to the brain), which he did repeatedly and gave him well-being.

On that sunny Saturday afternoon, progress was evident. While out of the corner of his eye and quickly, through the translucent curtains and the glass of the large window, an occasional hummingbird approached the ornamental fire croton that his wife, Irma Fountain, had planted in the eastern garden of their house. The attitude of complete complacency did not leave him; he was still immersed in his sense of triumph, euphoria, and mental effervescence that invaded him, as a valuable and far superior creator of scientific texts that would enlighten the ignorant humanity.

His internal dialogue, between the left and right cerebral hemispheres and even between areas and anfractuosities of the cortex, was very prolific, like a torrent, the magnificence of the encompassing texts, the abundant use of adjectives and adverbs slipped in a delirious frenzy, like a shower of shooting stars, everything indicated a complete mastery of the syntax and was revealing of the possession of a vast vocabulary.

He dismissed the temptation to add a few lines of fantastic poetry, something he wasn't good at, and he knew it.

One after another, the hypotheses and even theories were explained with great clarity, with carefree purity, without wasting any words, according to him.

On the left side of the grey-blue desk, rested a circular clay ashtray, which two decades ago he had taken from the nightstand of a hotel room in a Ramada Inn located in Wisconsin that he and his now ex-wife Karla Rees had rented after deciding to travel along an innominate highway to go to know some cities of the Midwest. There he deposited the ashes and put each half-consumed Winston cigarette to rest, when the fond memories of that trip invaded him, which he then had to abandon, so as not to deviate from his ultimate goal: to enlighten the neophytes, the unlearned.

He felt as if time would not be enough to express all his exalted wisdom, he imagined that the rapidity with which his unlimited intellectual resources brought the unrivaled ideas to life in his prodigious mind could prevent him from writing down his vast knowledge and unfading flashes of wisdom and knowledge. unsurpassed erudition, almost at the level of a transcontemporary supreme universal sage, but at the same time belonging to future centuries.

Meanwhile, his wife Irma (one out of three heiresses of their still alive father, a large flat glass dealer), heard and sang songs while doing some household chores such as washing dishes and seeing where the cat, Nikki, was walking, a kitty that belonged to both of them, but it was she who cared for it and watched for its food. She already knew that she must not interrupt her husband's important activities.

The sacred, immeasurable and incomparable writing of Aurelius shone with its own light, he did not need to refer to any scientist, since his successful experiments gave him the academic authority necessary not to go to investigate what others had achieved before him.

That afternoon, he was achieving the incredible, smile after smile appeared on his face, he was about to cry, invaded with gratitude to the god Brahma for having allowed him to reach the category of an infallible genius.

"What a beauty I am achieving, I cannot believe it!", he thought, and then he would say that fanciful phrase to himself, every ten or twelve minutes.

Suddenly he stood up and went out to the garden, where he lit his fourth cigarette of the afternoon, but as soon as he had done that, he stormed back to the study, to continue laying the keyboard.

In his ready and efficient brain, two or three other fabulous and exciting ideas had sprung up, and he raced not to miss the opportunity... that they would not be forgotten forever. Future humanity would have been one shot away from losing that new cascade of data and enlightenment.

—"I can't believe it, this is fabulous," he exclaimed, as he raised his face and looked up to see the white light emitted by the electricity-saving bulb at the zenith of the studio; then he looked down to observe the qwerty keyboard and his fingertips, and then did some exercises to give movement to the eyeballs. “I can't believe it, this prodigious process of sentences and paragraphs is second to none, I'm CLOSE TO PERFECTION. Now I will be famous, I may even quit my job at that old high school, I have left mysteries behind, I am skirting the grounds of the supernatural in science, in quantum physics... I am a great sage, one of the brightest scholars in the world in the 21st century."

He smiled, smiled, and smiled again, inhaled a great deal of smoke, held it for a few seconds, and then sent it away with overwhelming emotion.

All of a sudden, he hit the last key of that day, the final "Enter" on the keyboard of his desktop computer.

The morning of the next day, that Sunday in April, the incomparable text that he had written the previous afternoon, Saturday afternoon, was uploaded to his blog.

Then, days and weeks passed, and he could not read any comments at the bottom of the corresponding blog page. How was it possible that no one appreciated his genius, his eagerness to spread wisdom, and his desire to enlighten those who know nothing about anything?

The seemingly endless joy became seriousness, then bewilderment, even sadness. After visiting his blog one more time, he made two or three grimaces, but in a few more moments he remembered the exercises that his wife, a psychologist, had suggested, and began to smile and then laugh out loud. He lit a cigarette and began to smoke calmly, now he was trying to figure out how to get out of that situation, out of that gloom of a teacher tied to a school, even though it did not affect his finances, or rather the economy of marriage, because his wife's financial position was buoyant, but he wanted to be famous as an advanced scientist —because he considered himself so— not so much a millionaire. He decisively would appreciate fame more than fortune, but the former did not come.

He did not feel comfortable, he did not accept that there could only have been two comments —both negative— on that page of his blog in which he had presented his theories with such brilliance and clarity.

The day came when he finally resigned himself to admit his grey reality. It was a Monday morning (22 days after posting his dazzling blog post), he grabbed his briefcase, got into his Malibu automobile, and drove, while smoking, to teach his classes at the private high school where he had been working during six years. He had to contain his desire to quit that job, and he settled... he agreed to the circumstances of his grey reality... he left his supposed luminous future behind, abandoned his fantasies, and finally accepted his existence as it was coming.

What contrasts life has.

His wife greeted him for lunch, with a bowl of a chickpea soup with bacon, wheat flour tortillas, and an A&W Root Beer can, while he played a series of tunes on the Bluetooth player, beginning with Bach's Toccata and Fugue in D minor.

Before her and the children, Aurelius said:

"After eating, I'm going to write another article. This one will be fabulous and forceful, my definitive consecration as a scientist. And I will enjoy fame."

—Aurelio, wake up from your fairytale dreams. Or, well, if you want to waste time, write again.

He meditated for a few seconds and said:

And so the life of Aurelius went on, monotonous at times, but boredom was broken when he spent time with his wife and children, the family, and when a student came out with some novelty, occurrence, or a fresh, naive, or fragrant academic proposition in the classroom...