I began to think as a simple mortal how fascinating human thought is, all the achievements and goals we can achieve as human beings, but when we knew how useful technology is it changed our lives, with a future where we project ourselves as tomorrow will be with new technology, will be able to overcome the human mind in such a way that unknown gave the turn of the birth of artificial intelligence.

This new technology with so much innovation and development with the time of has returned in a culture of the knowledge to develop this type of intelligence, seemed like the mystery of the mind but fact real in the machine, computer, but really without we can analyze from point of view of the philosophy has many reaches in the artificial intelligence, since with her it is about which philosophy of the human cone comment, this several concepts are shared and include intelligence, action, conscience, epistemology and even free will or of free decision, is the mirror of the human mind watching an artificial mind.

It is amazing how far one can go with thought and knowledge, one seeks the path of artificial intelligence to give answers based on whether they can solve any problem that a person would solve by thinking or they can also think in the same way.

There are many hypotheses from the machine of Turing to defray code to language, they have demonstrated that in what refers to the aspects of the learning and behavior that it is part of the characteristic of the intelligence, it will allow us to describe in a way that could be precise, until arriving to create a machine to simulate it all these characteristics.

The artificial intelligence derives a great range of conceptual base, where it is applied when a machine imitates the functions either cognitive or reasoning associated to the humans, also it is possible to be mentioned, based on the new technology of systems of reasoning to fulfill goals and tasks with a capacity of mental conscience, everything takes them towards the horizon of the artificial mind, to support the humanity, as well as the projects of the NASA in the trips in the space, in the field of the medicine, in which already exist printers 3d that can create some organs artificial with card, the important thing is to know to have a good handling of this type of technology. 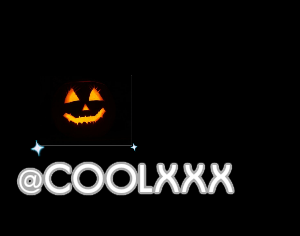