Arcadia going the way of Toys R Us. 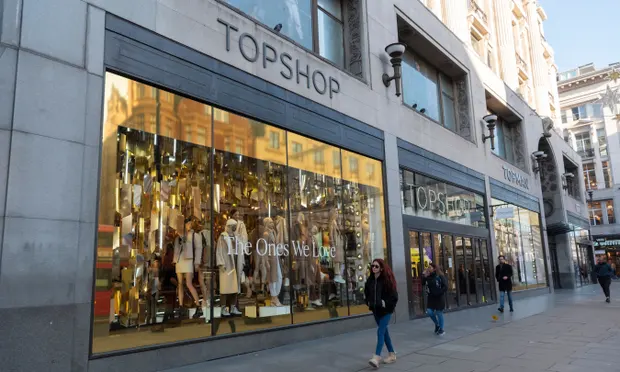 Toys R Us failed because it was a zombie company, bought out by Bain Capital in 2005 when it owed $2 billion in debt and then saddled with an extra $3 billion as part of the deal. It was struggling with $2 billion,. It just struggled further with $5. Wriggling, as it sank into the quicksand.

The folks who took over knew the score. that debt they heaped on was their private salaries, bonuses, benefits. While they strip mined the assets and dumped more and more workload on less and less staff. That was their job - to extricate as much revenue as possible for themselves from the corpse until it stopped twitching.

The Green's bought the Arcadia Group at the same time. They bought it for £850 million, $800 million of which was outside finance. That year the Arcadia group double pre tax profit to almost £300 million, so Green paid himself the second instalment in what would become a £1.2 billion return on his investment of £50 million. Not a bad return - 20 to 1.

Thing is, it doesn't matter at that point. You won. You made your big score and the rest is just hiding the bodies. So nobody twigs until its too late. And you can keep on taking and taking and taking.

Turns out the last decade was a bad period to strip mine asset out of the British high street crown jewels. Two brothers who ran a market stall could launch BooHoo. Out of a garage. The fact is you can't be lean and hungry if you are in fact fat and lazy. If nobody is coming for your yacht, you just don't give a shit.

And nobody is coming for your yacht.

There's a £350 million pensions shortfall. The Green's are paying £50 million. They happily trophied the other £1.1 billion.

After all, yachts don't buy themselves.

A surprisingly large number of British family names operate like this. Can any football club now operate without the largesse of billionaires? Because they are all just sat on a mahusive pile of debt that is never going away, with bigger and Bigger and B I G G E R deals constantly needed to keep them afloat. Somebody always gets a payday, because they rigged the game so they DID. But everyone else gets shafted.

Including us. To the tune of about £10 per person to make up that pension shortfall.