A few months ago, the US space agency NASA released new images of the frozen continent of Antarctica, which show an alarmingly rapid melting of ice there. The images are from Eagle Island, an island in Antarctica, taken from a satellite on February 4 and 13, respectively. 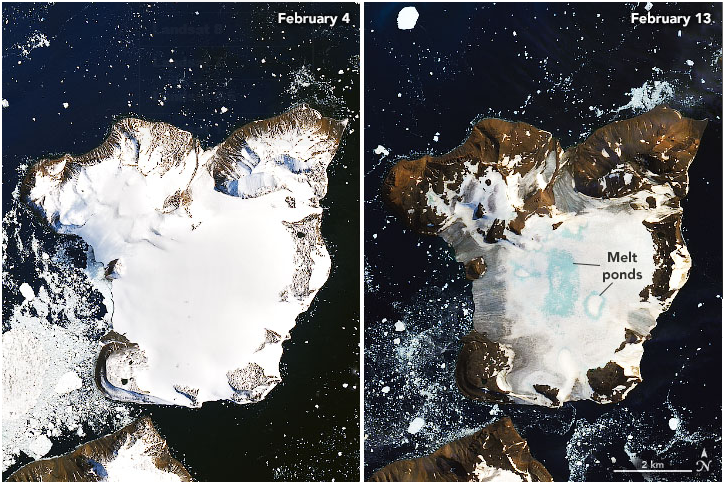 The photographs show that there is drastic rise in melting of ice within period of just nine days. In the photograph taken at 13th February, massive portion of ground is visible, which was previously covered with snow few days ago.


Experts say that so far most of the melting of ice from ground poles has been at the North Pole (Arctic), but in this case the South Pole (Antarctica) was considered relatively safe, but now the effects of rising world temperatures are beginning to be felt there as well.


"I haven't seen melt ponds develop this quickly in Antarctica," Professor Pelto,a glaciologist at Nichols College, told NASA.If you think about this one event in February, it isn’t that significant. It’s more significant that these events are coming more frequently."


Massive forest fires in Australia have intensified the heat wave, which has spread to Antarctica. Images released by NASA show that a warmer-than-normal circle is still present near Antarctica, affecting the coastal areas of this icy continent. 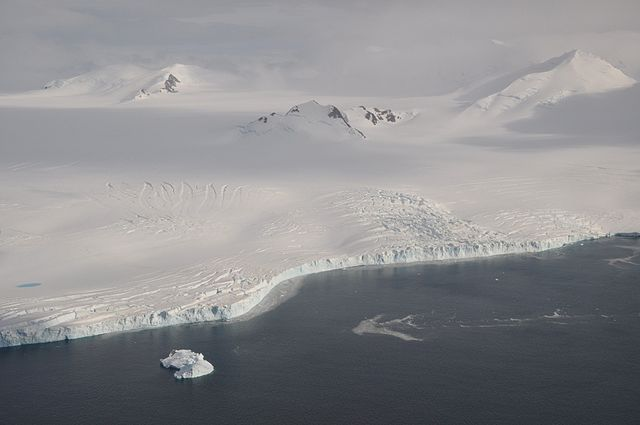 These images show that the melting of ice in Antarctica, like in the Arctic, is accelerating, which means that the frozen ice at the poles and mountain peaks may melt much earlier than our previous estimates.


If that happens, experts say, sea levels will rise to 230 feet higher than they do today, drowning all the world's coastal cities. And it is very difficult for us to imagine the devastation it will bring.