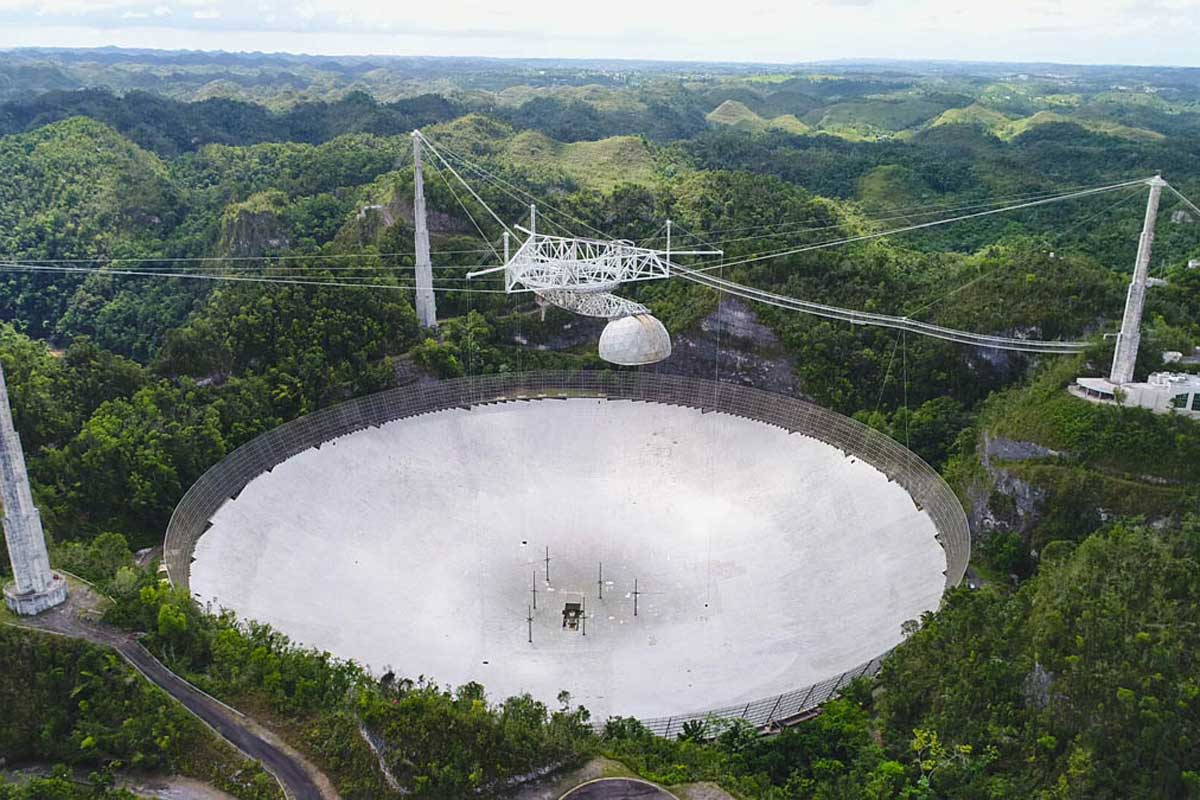 One of the main cables of the Arecibo radio telescope broke on November 6, this is the second cable that has suffered in three months. The destruction of the cable led to new damage to its antenna.

In the near future, engineers will install steel reinforcement to reduce the load on the remaining ropes, as well as expedite the delivery of two new ropes.

The 300-meter Arecibo radio telescope has been in operation for over 56 years and, prior to the commissioning of the FAST telescope, was considered the world's largest filled aperture radio telescope.

Thanks to the observatory, astronomers were able to determine the rotation period of Mercury, discover the pulsar PSR B1257+12, and the Yarkovsky effect in asteroids.

The old telescope also registered fast radio bursts and helped in our search for extraterrestrial intelligence using the SETI program.

The telescope became widely famous after it sent a radio signal "Arecibo message" to the globular star cluster M13 on November 16, 1974.

The observatory has repeatedly suffered from hurricanes and earthquakes, and in August of this year, one of the auxiliary metal cables slipped out of the nest, punching a hole in the antenna and damaging other elements.

Now one of the main cables supporting the metal platform above the telescope has broken, causing further damage to the antenna and other cables.

It is assumed that this was due to an increase in the load on the cables, damage of individual fibers in the cable were already noticed earlier, but the engineers didn’t have time to carry out emergency repairs.

Currently, experts are assessing the cost of repairing the antenna and the reasons of the damage.

In the near future, engineers must install steel reinforcement to reduce the load on the remaining cables, as well as expedite the delivery of two new cables that have already been ordered.

Observations have been temporarily suspended, while scientists are processing the data already received.